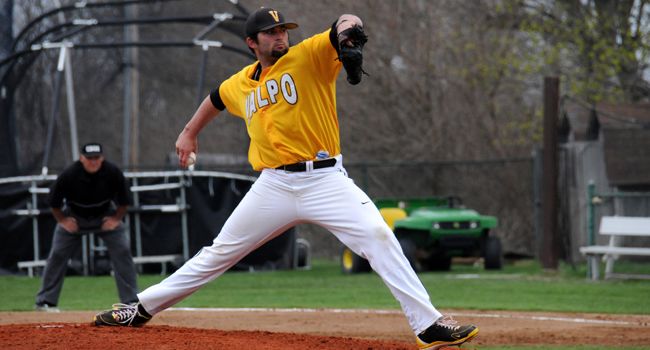 The Crusaders (18-23, 7-8 Horizon) completed the sweep of visiting Wright State with a 4-0 statement win.

Valpo entered the weekend in fifth place in the Horizon League, but with some help from Milwaukee, now find themselves in a tie for second with Youngstown State.

"From innings one through nine, our overall execution today was outstanding," head coach Tracy Woodson.

Bryce Hara scored the first run of the day for Valpo in the 1st inning on a fielder's choice off the bat of Chris Manning.

The Crusaders were unable to cash in on a scoring opportunity in the 4th after a Spencer Mahoney double put him and John Loeffler into scoring position with one out.

Sexton was lifted after five innings of one-run baseball.

Valpo scored two runs in the 6th inning off reliever E.J. Trapino to extend its lead to 3-0.

Woodson called on Ben Mahar to work the 7th and 8th innings.  The sophomore was as economical as he was effective, coaxing five ground ball outs in two innings.

Though Hara was hitless on the day, the center fielder scored twice and stole two bases.

With the 4-0 win, Valpo now owns its first four-game winning streak of the season.

The Crusaders look to make it five in a row Monday afternoon as they host Goshen College at 3:00 pm at Emory G. Bauer Field.