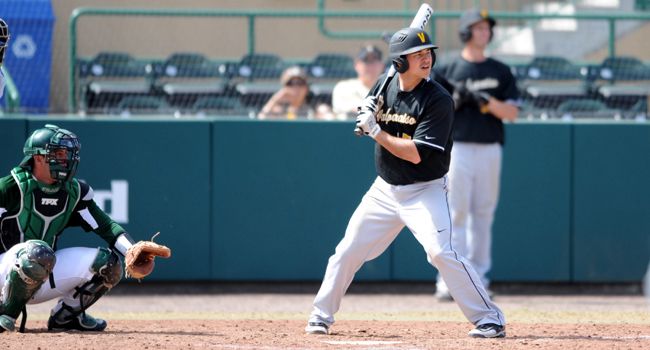 This Week in Crusader Baseball: Valpo enters this weekend’s series as perhaps the hottest team in Division I baseball. Winners of ten in a row, the Crusaders are above .500 for the first time all season. The Brown and Gold notched their second straight sweep of a Horizon League foe last weekend taking all three games over first-place Milwaukee. A 5-2 win against Chicago State on Tuesday afternoon clinched the longest winning streak in the nation.

Head Coach Tracy Woodson: Tracy Woodson, the 16th head coach in Valparaiso University history, is in his seventh season at the helm of the Crusaders and has a 179-205 (.466) record both for his career as well as at Valpo. Woodson ranks third in school history for career wins by a head coach. A member of the Los Angeles Dodgers 1988 World Champion team, he has also managed in the minor leagues through the AAA level.

Scouting the Flames: UIC currently stands at 21-25 overall. The Flames have lost eight of their last ten, including a sweep at the hands of Milwaukee, and a series loss to East Tennessee State last weekend. At 8-10 in conference play, UIC is tied with both Youngstown State and Wright State for third place.

The Flames rank near the bottom in a slew of offensive stats in the Horizon League. Their .255 batting average sits nine points behind Youngstown State, the next conference team. Mike Dee has gotten solid results from starting pitchers Ian Lewandowski and Tomas Michelson, though both carry records of just one game over .500. In the bullpen, five Flame pitchers have combined to save ten games.

Tomas Michelson gets the ball Friday for UIC. He possesses the best strikeout-to-walk ratio (2.48:1) of any pitcher on the Flames’ staff. The sophomore lasted three innings in his start against Valpo on April 5th before a blister prematurely ended his outing. He allowed one earned run and six baserunners in the three frames. Michelson’s 79 2/3 innings pitched lead all Horizon League hurlers. His 57 strikeouts are second only behind Wright State’s Casey Henn.

Valpo will face right-hander Ian Lewandowski Saturday. Lewandowski pitched into the eighth inning in his April start versus the Crusaders. The freshman earned the win in a 4-3 UIC series-clinching victory for the Flames. He allowed three runs - two earned - eight hits, three walks, and hit two batters while Valpo stranded 13 baserunners total. Lewandowski is one of only three Horizon League pitchers with a sub-3.00 earned run average.

Junior Mike McKinley will make the start in the series finale on Sunday. The former Indiana Hoosier is the newest arm to make the Sunday start for the Flames. McKinley has allowed just 21 hits in 35 2/3 innings. His .165 opponents’ batting average would be tops in the conference were he not just shy of the minimum innings requirement. McKinley was a redshirt last season and has to yet to face Valpo.

Sophomore Tyler Detmer is the only Flame batting over .300. His 14 doubles are the most in the HL. The UIC offense is chock full of free swingers as evidenced by a league-leading 319 strikeouts, which averages out to just under seven per game. Alex Grunenwald paces UIC with 18 extra-base hits but his .235 batting average and .314 on-base percentage are both considerably lower than his work a year ago. John Coen’s .421 OBP out of the leadoff spot has given the heart of the order plenty of RBI opportunities.

UIC head coach Mike Dee is the longest-tenured skipper in the Horizon League. The Flames have won ten regular season championships and appeared in four NCAA Regionals in his 15 years at the helm.

Et Cetera: After a month-and-a-half hiatus, Elliott Martin will make a return to the Crusader lineup this weekend. Last year’s RBI king has been recovering from a hamstring injury...Despite Spencer Mahoney’s season batting average of .257, the sophomore is hitting .339 in conference play...Billy Cribbs has thrown out an astounding 41.3% of would-be base stealers...The Crusaders have recorded double-digit hits in 13 of their last 19 tilts...closer Karch Kowalczyk allowed his first run of 2013 last Saturday against Milwaukee in a 10-7 Valpo win...Fire stopper Ben Mahar has a 0.59 ERA since April 6th (nine games spanning 15 1/3 innings)...Andrew Bain is 23-for-54 (.426) with runners in scoring position...Bryce Hara is 19-for-38 at the plate when leading off an inning...As a team, the Crusaders are batting .206 with the bases loaded, but their .280 overall batting average is now near the top third of college baseball.