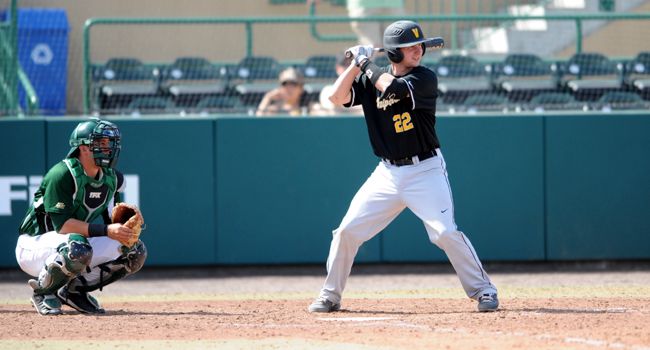 This Week in Crusader Baseball: Valpo finishes out the regular season this weekend against Youngstown State. The Crusaders entered last weekend with a ten-game winning streak before losing three in a row to UIC. The Brown and Gold can finish anywhere from second to fifth place in the Horizon League. With UIC owning the head-to-head tiebreaker, a third place finish appears most probable for the local nine. Valpo would have to pick up two games on the Flames to leapfrog them into second place. In order for Youngstown State to not finish fifth, a sweep over Valpo is a necessity in addition to a UIC sweep over Wright State in Dayton.

Head Coach Tracy Woodson: Tracy Woodson, the 16th head coach in Valparaiso University history, is in his seventh season at the helm of the Crusaders and has a 180-208 (.464) record both for his career as well as at Valpo. Woodson ranks third in school history for career wins by a head coach. A member of the Los Angeles Dodgers 1988 World Champion team, he has also managed in the minor leagues through the AAA level.

Series Notes: Valpo leads the all-time series 41-15. Valpo took two of three from Youngstown State in April. The Penguins win in the Sunday game of that series was their first against the Crusaders since May 14th, 2010.

Patrick O’Brien gets the ball Thursday for Youngstown State. The junior started against the Crusaders last May in Valpo in a 13-2 Youngstown State loss. O’Brien also made the start in the Saturday game earlier this season, throwing 7 2/3 innings, allowing eleven hits, three earned runs, and two walks while striking out three in a 6-3 Penguin loss versus the Crusaders. He’s been arguably the most reliable starter for the Penguins in 2013, logging the most innings pitched (77 1/3) while walking just 17 batters. While O’Brien has kept the free passes to a minimum, he has yielded six home runs.

Valpo will face lefty Blake Aquadro on Friday. The senior is no stranger to the Crusaders. The southpaw has worked seven games including five starts against Valpo in his career. For his lifetime, Aquadro has thrown 26 1/3 innings, allowing 38 hits, 19 earned runs, nine walks, and eight strikeouts versus Valparaiso. He took the loss in the opening game of the series in Ohio last month surrendering four earned runs in 6 1/3 innings of work. Aquadro has hit 17 batters in 70 2/3 innings pitched this season.

Freshman Jared Wight will make the start in the series finale on Saturday. The left-hander will be making his eighth start of the season. Wight has worked 43 1/3 innings and has given up 50 hits and 18 walks in that time. Opponents are batting .316 off him including 14 extra-base hits. The Crusaders have never faced Wight.

Junior Nic Manuppelli is one of the few that lends credibility to the Penguin bullpen. The right-hander can throw it by batters, but command has been a concern for the closer (13 walks in 27 innings pitched). Manuppelli earned his sixth save of the season in the lone Youngstown State win over Valpo last month in Ohio.

Youngstown State head coach Steve Gillispie is in his first year at the helm. The rebuilding process is a work in progress, but improvements in the team’s play already are visible. The Penguins are hitting .264 as a club with a .360 on-base percentage.

Et Cetera: Injuries have kept Valpo trainer Jason Burgess busy this spring, but at last all the pieces seem to be coming together as last Sunday’s lineup represents a more ideal offensive attack...Despite Spencer Mahoney’s season batting average of .264, the sophomore is hitting .343 in conference play...Billy Cribbs has thrown out an astounding 44.2% of would-be base stealers...closer Karch Kowalczyk has allowed only one run in 2013. The junior’s 0.47 ERA is tops in the Horizon League...Andrew Bain is 23-for-57 (.404) with runners in scoring position...Bryce Hara is 21-for-42 at the plate when leading off an inning...As a team, the Crusaders are batting .212 with the bases loaded, but their .277 overall batting average is in the top half of college baseball.