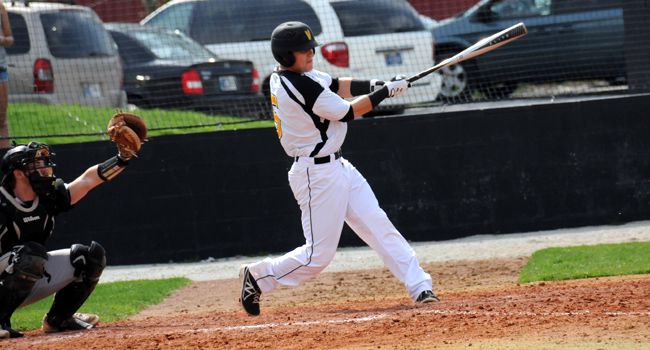 Chris DeBoo worked another economical start Friday as the Crusader offense supplied him with ample run support in a 7-4 win over Youngstown State.

Valpo played catch-up again as the Penguins scored two in the top of the fourth inning.

The first YSU run came on a Drew Dosch bunt single that allowed Mike Accardi to score after Billy Cribbs' throw to first got away from John Loeffler. The excitement on the Penguins' bench was subdued as Dosch was injured on the play. The highly-touted professional prospect appeared to sustain a knee injury as he stepped on first base. He was helped off the field by the training staff and was replaced by Kevin Hix.

The Penguins added a run later in the inning via a Nick DiNello RBI single down the third base line.

The Crusaders responded back with a run in their half of the fourth. Andrew Bynum led off the inning with a double to left off Youngstown starting pitcher Blake Aquadro. A Kyle Schneider sac bunt advanced Bynum to third base with one out. Cribbs followed with a run-scoring ground out to the shortstop.

Valpo took the lead in the bottom of the fifth thanks in part to a costly error in left field.

Spencer Mahoney sliced a ball down the left field line that was dropped by outfielder David Saluga. Mahoney ended up on third due to the miscue. He came in to score on the next Crusader at-bat when Tanner Vavra ripped a single to center field. Vavra's 16th RBI of the season tied the game at 2-2.

Vavra subsequently stole second base and then advanced to third on one of three wild pitches from Aquadro in the ball game. He was able to walk home as Aquadro was later called for a balk with two outs.

Down 5-2, the Penguins made things interesting in their half of the 8th.

With DeBoo at the end of his rope, Neil Schroth singled in Jason Shirley who entered the game as a pinch hitter.

Ben Mahar was then called on to get the final out of the inning. The sophomore yielded back-to-back singles - one a Phil Lipari RBI base hit - before Karch Kowalczyk was brought into the game.

With the tying run on second base, Kowalczyk got Marcus Heath to ground out to Mahoney for the final out of the inning.

Valpo added two insurance runs in the home half of the 8th to give Kowalczyk some breathing room.

The Crusaders closer didn't need it as he worked a perfect 9th inning for his ninth save of the season.

Valpo will play in the #2/#3 game in the Horizon League Conference Tournament. What has yet to be determined is their seed and opponent.