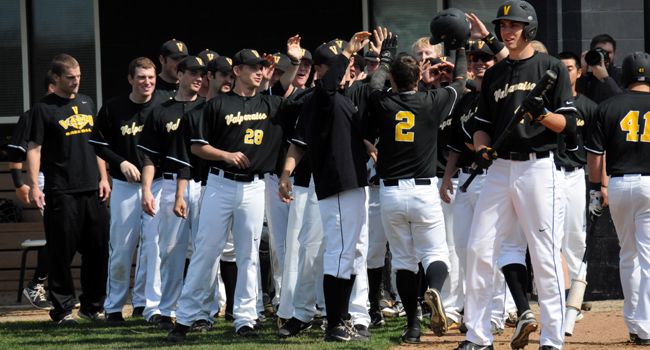 Many Crusaders are playing in summer league action.

As two-time defending Horizon League champions, the Valparaiso baseball program isn’t resting on its laurels, as many Crusaders are preparing for next season by spending their summer sharpening their skills in collegiate wood-bat leagues from coast to coast.

Rising seniors Chris Manning (Lake Forest, Calif./El Toro) and Karch Kowalczyk (Peru, Ill./La Salle-Peru) are competing for the Lakeshore Chinooks in the prestigious Northwoods League. The Chinooks are currently in first place in the south division with a 14-7 record.

Junior Spencer Mahoney (LaGrange Park, Ill./Lyons Township) has traveled to the Pacific Northwest, as he is playing for the Matsu Miners in the Alaska Baseball League.

Senior Andrew Bynum (Huntington Beach, Calif./Ocean View) has returned to the Kansas Jayhawk League for his second season with the Dodge City A’s.

Redshirt freshman Ellis Foreman (Round Rock, Texas/Stony Point) has fully recovered from Tommy John surgery and is now starting for the Austin Shockers in the Centex Collegiate Baseball League located in the heart of Texas.

Two Crusaders are playing locally in the Midwest Collegiate League. Rising senior Andy Burns (Edwardsville, Ill./Edwardsville) is leading off and playing shortstop for the Lexington Snipes and redshirt freshman Scott Jerge (Munster, Ind./Munster) is pitching with the Northwest Indiana Oilmen.

A trio of returning sophomores - Jake Hanson (Yorkville, Ill./Aurora Christian), Drew Hasler (South Bend, Ind./Mishawaka Marian) and Jeff Edwards (Massillon, Ohio/Jackson) - have joined together to play in the Northeast for the Newark Pilots of the Perfect Game Collegiate Baseball League.

Rising senior Sean Kennedy (Gurnee, Ill./Warren Township) and redshirt sophomore Michael Morman (Rockford, Ill./Boylan Catholic) will both look to return this fall after recovering from injuries this past season.

All of the Crusaders will look to continue their success on the diamond throughout the rest of the summer before heading into the 2014 season at Valpo.