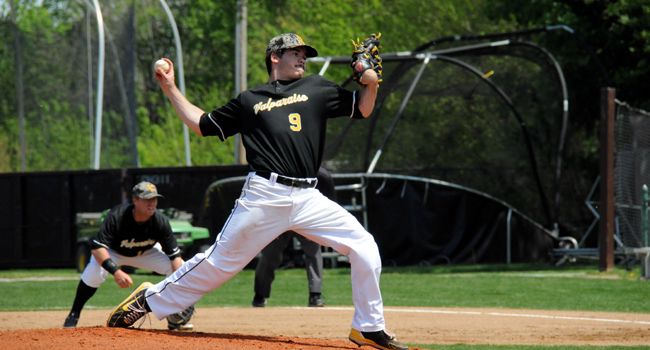 This Week in Crusader Baseball: Valparaiso returns to the Heart of Dixie for a three-game set against the Jacksonville State Gamecocks. Last season, the Gamecocks went 32-26 overall and finished 22-8 in the highly-competitive Ohio Valley Conference, good for third place. This weekend is the second of three trips south of the Mason-Dixon Line for the Crusaders as they begin their spring trip through Louisiana and Texas the following weekend.

Last Time Out: The Crusaders were a strike away from a sweep over Samford in Alabama last Sunday, but a walkoff grand slam allowed the Bulldogs to salvage one game of the three-game series. Valpo received strong starting pitching as Cole Webb scattered two runs over six innings for his first win of the season in a 6-5 game. Freshman Mario Losi allowed just one earned run in seven innings on Sunday. Spencer Mahoney was 7-for-12 from the plate with four walks as he was named Horizon League Player of the Week for his efforts. Karch Kowalczyk and Nate Palace went deep Sunday for the Brown and Gold.

On the Air: No games will be broadcast this weekend. Links to the live stats will be available at valpoathletics.com.

Probable Starters: Senior RHP Cole Webb (1-0, 3.00) will take the ball in the first of the three-game series for the Crusaders. Sophomore RHP Drew Hasler (0-0, 11.25) takes the hill in his fourth collegiate start for Valpo in the Saturday game. Freshman right-hander Mario Losi (0-0, 1.29) will make a pitch for his first win of the 2014 campaign in Sunday’s tilt against the Gamecocks.

Series Notes: Friday’s series opener will represent the first meeting between these two teams in 35 years. The Gamecocks swept a two-game series in Jacksonville in March of 1979. This is the fourth consecutive season the Crusaders have at least one Ohio Valley Conference school on its schedule. Valpo opened the season with Belmont in 2013, Murray State in 2012, and Austin Peay in 2011.

Scouting the Opposition: Jacksonville State currently stands at 2-1 overall after winning its first two but falling in the series finale. The Gamecocks threw 11 pitchers last weekend with only one recording more than 11 outs. Their pitching staff is comprised of a lot of strike-throwers as evidenced by their six walks in 27 innings. Early indications show they’re not afraid to work inside as their staff has already hit 11 batters.

Griff Gordon, Paschal Petrongolo, and the Bishop brothers appear to represent the big bats for the Gamecocks. Jacksonville State may not necessarily hit for average (.265 team average last year), but they are patient at the plate and will take walks (.351 OBP in 2013). They drew 15 base on balls off Northwestern State pitching last weekend.

Gordon led the Gamecocks in batting average (.341), hits (75), runs batted in (40), walks (36) and on-base percentage (.434) last season. The left-handed hitting right fielder has already gone deep once in 2014. Petrongolo was one of four JSU players with four homers a season ago. The first baseman offset a .262 batting average with a .372 on-base percentage. Petrongolo represents another left-handed hitting power threat versus a RHP-heavy Crusader staff.

Michael and Andrew Bishop do their share of damage at the top and bottom of the order, respectively. Michael, and his team-most 21 doubles from last year, is slotted in the leadoff spot. A speed threat, the center fielder swiped 17 bags on 20 attempts in ‘13. Andrew has occupied the seventh spot in the Gamecock order so far this season. He was one RBI off the pace last year despite a .190 batting average. Both Bishop brothers struck out 41 times apiece last year, a team high.

Career Milestone Watch: Spencer Mahoney is two hits shy of 100 for his Valpo career. Senior Chris Manning has recorded 99 runs batted in for the Crusaders and is three stolen bases away from 50.

Et Cetera: In the Samford series, the Crusader pitching staff got 36 outs in the air and 21 on the ground...Spencer Mahoney was 6-of-8 from the plate with runners on base and 4-for-4 with runners on and two outs...as a team, the Crusaders were 14-for-37 (.378) with runners in scoring position...with the bases empty, they batted .096 (5-for-52)...two of Valpo’s three games last weekend lasted three hours. It wasn’t until Game #31 last season before the Crusaders participated in two games lasting 3:00 or longer.