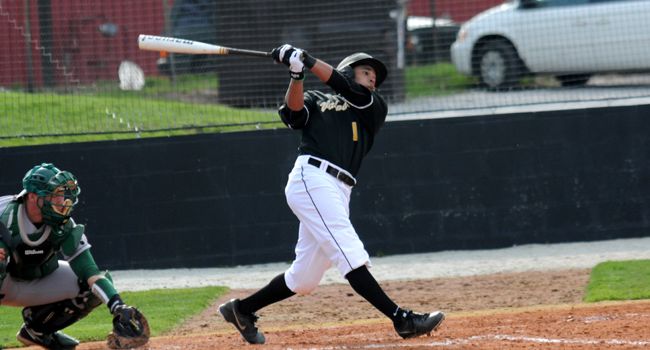 On Deck for Crusader Baseball: Valparaiso continues its caravan through the Lone Star State with a three-game series with Texas A&M-Corpus Christi beginning Friday. The Islanders went 33-24 a season ago, boasting a 17-10 record in Southland Conference play and a 21-10 mark on their home turf. Texas A&M-Corpus Christi is off to a 5-9 start this season, but its record is a bit misleading as #10 Texas, #22 TCU, and Houston - the nation’s ERA leader - comprise three of those losses.

Last Time Out: Valpo left San Marcos with a 3-2 extra-inning victory as right-hander Ellis Foreman dazzled in his first start as a Crusader. Against Texas State, the redshirt freshman gave the Brown and Gold seven superb innings, scattering four hits - all singles - and yielding two runs (one earned). The Texas native struck out five Bobcats but didn’t factor into the decision. Ben Mahar got the win in two clean innings of work before handing the ball over to Karch Kowalczyk who slammed the door shut in the bottom of the 10th for his fourth save of the season. Andy Burns delivered the game-winning double in the top half of the 10th.

On the Air: Live video with commentary is available for purchase ($7.95/game) through the Texas A&M-Corpus Christi athletics website. A link to the live stats will be available at valpoathletics.com.

Probable Starters: Senior RHP Cole Webb (2-1, 3.86) will take the ball in the first of the three-game series for the Crusaders. Mario Losi (0-1, 5.52), a freshman right-hander, aims for his first win of the 2014 campaign in Saturday’s tilt against the Islanders. Sophomore LHP Dalton Lundeen (0-1, 6.23) will toe the slab in his first weekend start for Valpo this season in the series finale.

Series Notes: Friday’s series opener will represent the first meeting between Valpo and Texas A&M-Corpus Christi on the diamond. Furthermore, this is the Crusaders’ first trip through Texas.

Looking Back:Valparaiso finished 2013 with a 32-28 record overall and a 13-11 mark in the Horizon League. The Crusaders tied with UIC for second place in the regular season but went 3-0 in the Horizon League Tournament in Youngstown to claim their second straight automatic berth into the NCAA Tournament. After losing a 5-4 heartbreaker to #13 Indiana on the Hoosiers’ home turf, Valpo eliminated the Florida Gators 5-4 the following day for its first win in an NCAA Regional game since 1966.

Scouting the Opposition: Texas A&M-Corpus Christi currently sits at 5-9 overall. As a whole, the Islanders’ pitching staff possesses a 5.54 earned run average, but the Crusaders will see a starter with a 2.00 ERA (Skapura) and a 2.53 ERA (Matt Danton) They’ve yielded 138 hits in 115 1/3 innings pitched and struck out 82 batters versus 48 walks.

The Islanders are batting .252 on the year. Six players have recorded double digits in hits, but only one player (Kyle Danford) has more than six runs batted in. Danford, Jordan Lee, and Brandon Tierney are all tough outs. The Crusader pitching staff can afford to be over-aggressive - especially when ahead in the count - as 99 of Texas A&M-Corpus Christi’s 112 hits have been singles. Furthermore, the Green and Blue draw walks at a limited place - one every 12.03 at-bats.

Texas A&M-Corpus Christi’s defense has struggled in the onset of the 2014 season as demonstrated by 26 errors and a .948 fielding percentage. The pitching staff has made three errors while the outfield has combined to commit 14 miscues. Potential base stealers have had an 80% success rate when Russell Vaughan is behind the plate.

Like Valpo, the Islanders have entrusted a freshman righty with the ball on Sundays. Devin Skapura has rewarded skipper Scott Malone with the team’s best earned run average through three games (2.00) in addition to a pair of wins. Skapura was outstanding in his last start as he defeated UT-Arlington after keeping the Blaze to one run over seven innings. Danton has been just as good, if not better, as the Friday starter. The junior leads the Islander staff with 21 1/3 innings and 14 strikeouts. Danton is the only pitcher who possesses a WHIP below 1.00 (0.89). Texas A&M-Corpus Christi has tallied two saves thus far in 2014, both by Kaleb Keith. Keith has had a rocky season early on as the righty has walked five batters in 9 2/3 innings pitched.

In the Dugout: Scott Malone in his sixth season as head coach of the Islanders. A TCU alum, Malone was selected in the 9th round of the 1992 Major League Baseball Draft He spent five seasons in the Texas Rangers organization as a first baseman.

Et Cetera: In the McNeese State series, Chris Manning launched three home runs and seven RBIs, a career-best three-game set ...Karch Kowalczyk is batting just .216 overall, but the DH is .385 with runners on base...Spencer Mahoney is 4-for-23 with the bases empty, but 11-for-19 with runners on...Manning .is hitting at a .375 clip with runners in scoring position...the Crusaders have already played as many three hour-plus games as they did all of last year (5).