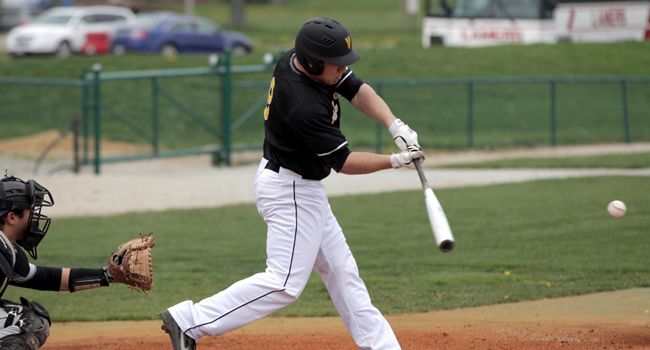 A couple of troubling trends continued for the Crusaders: errors and allowing first-inning runs. For the second straight game, Valpo committed four errors. Over the past five games, the Brown and Gold have had 16 miscues in the field.

Texas A&M-Corpus Christi jumped out to a 4-0 lead after its first at-bat. The Islanders had two aboard with two away before they stringed together four straight singles. Cole Webb (Tulsa, Okla./Union [Coffeyville CC]) got out of the inning after Josh Garza flied out to center.

Valpo brought the game to a tie with a four-spot of its own in the top of the 3rd.

Bryce Hara (Irvine, Calif./Northwood [Irvine Valley College]) got things started with a double to right field. Hara stood on third base at the end of the play after a Tyler Ware error. After a walk to second baseman Jeff Edwards (Massillon, Ohio/Jackson), Chris Manning (Lake Forest, Calif./El Toro) drove in his team-high 13th run of the season.

With Manning and Edwards on base, Karch Kowalczyk (Peru, Ill./La Salle-Peru) smacked an opposite field shot that cleared the right field fence. His second round-tripper of the season tied the game at 4-4.

The game remained tied until the bottom half of the fifth. A two-out walk to Ware didn't go to waste. Brandon Tierney plugged the right-center field gap with a double that plated Ware from first base.

The Islander bullpen recorded hitless seventh and eighth innings while the offense added a pair of insurance runs, one on a double steal with runners on first and third.

Valpo brought the tying run to the plate in a tense top of the 9th. Jacob Dorris plunked pinch hitter Kyle Schneider (Mishawaka, Ind./Penn) to lead off the inning. Hara and Spencer Mahoney (La Grange Park,Ill./Lyons Township) both went down looking at strikes for the first two outs. Edwards kept the Crusaders alive with an infield single.

Manning represented the tying run with two away, but Dorris got the right fielder to foul out to first base to end the inning.

Michael Morman (Rockford, Ill./Boylan Catholic) recorded his fifth multi-hit game with a 2-for-4 night at the dish.