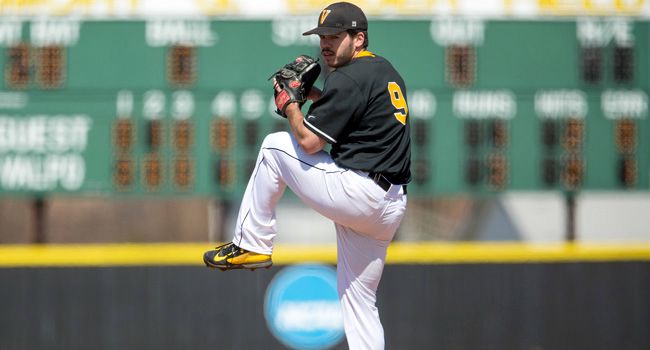 Cole Webb was named Co-Pitcher of the Week by the Horizon League Monday. (Jon Hendricks)

The Horizon League named Cole Webb (Tulsa, Okla./Union [Coffeyville CC]) co-Pitcher of the Week Monday. Webb set his career-high in the outing with eight strikeouts and allowed just two hits and one walk as the Crusaders ended UWM’s 20-game home winning streak. It also marked the first time Milwaukee has been shutout in 99 games. The righty lowered his earned run average to 3.40 in the process.

He shared the honor with Milwaukee's Cody Peterson who followed up Webb's performance with a one-hit shutout of the Crusaders on Friday.

Monday represents the third consecutive week that the award has gone to a Valparaiso pitcher. Sophomore Dalton Lundeen (Streamwood, Ill./Streamwood) won it outright on April 7th and April 14th.