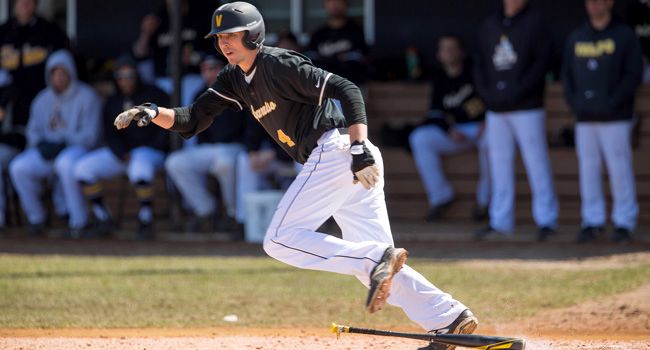 One day after racking up ten runs, the Crusader bats returned to hibernation in a 2-1 loss to Ohio Northern at Emory G. Bauer Field on Tuesday.

The Polar Bears pounced on starter Trevor Haas (Mount Prospect, Ill./Hersey) in the first as they pushed two runs across, both on infield singles.

Valpo managed just one hit off ONU starter Matt Magni in the first five innings. The Crusaders were finally able to assemble a rally in the sixth as Chris Manning (Lake Forest, Calif./El Toro) drove an 0-1 pitch into right field for an RBI single. Edwards scooted to third on the play while Manning advanced to second as the throw came home. Karch Kowalczyk (Peru, Ill./La-Salle Peru) had an opportunity to give the Brown and Gold a lead with both Edwards and Manning in scoring position with two outs, but the senior popped out to right on the first pitch of the at-bat.

Haas lasted six innings and allowed two runs on seven hits while striking out five and walking one. Ben Mahar (Mundelein, Ill./Mundelein) took over for Haas and provided two innings of hitless ball.

The Crusaders went down in order in both the seventh and eighth innings before Kowalczyk moved over to the mound to throw a perfect top of the ninth.

Manning drew a one-out walk in the bottom of the ninth, but Magni's only free pass of the afternoon was erased via a game-ending 6-4-3 double play.