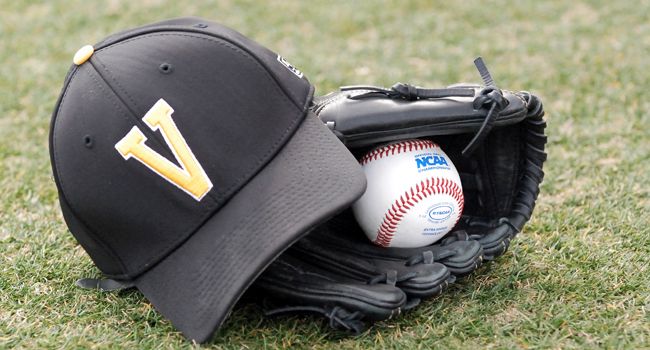 Pitching was the name of the game all afternoon as Foreman retired 14 consecutive Raiders from the end of the third until halfway through the eighth. The Crusader offense was equally perplexed. Robby Sexton, Jack Van Horn, and E.J. Trapino sat down 17 straight Crusaders from the third through the ninth. Neither team had a runner each in the fourth, fifth, sixth, or seventh frames.

Foreman exhibited masterful command for the vast majority of his 117-pitch outing, working the black on both sides of the plate and consistently throwing his secondary pitches for strikes. He struck out a career-high 11 batters and walked just one. The right-hander surrendered six hits - all singles - and didn't allow a Raider to advance past second base. The 11 strikeouts were the most by a Crusader pitcher since April 12th, 2011 when Jon Gulbransen punched out 13 Chicago State Cougars. Foreman racked up 22 first-pitch strikes in 31 batters faced.

Valpo appeared to take a 2-0 lead in the top of the 10th when an Andrew Bynum (Huntington Beach, Calif./Ocean View [Orange Coast CC]) high-chopper coupled with a throwing error allowed Michael Morman (Rockford, Ill./Boylan Catholic) and Karch Kowalczyk (Peru, Ill./La Salle-Peru) to score. However, the home plate umpire ruled that the grounder hit Bynum's foot, deeming it a foul ball. Bynum struck out on the next delivery from Taylor Braun.

Kowalczyk was handed the ball in the bottom of the 10th and recorded two hitless innings. The closer lowered his season earned run average to 1.77.

Wright State catcher Sean Murphy ended the game in the bottom of the 12th when he cleared the left-center field fence with a 1-0 pitch from Mario Losi (Anaheim, Calif./Canyon).

Chris Manning (Lake Forest, Calif./El Toro) was 2-for-4 at the plate, collecting career hits No. 252 and 253. He now stands in second place all alone in the all-time hits category at Valparaiso University.

Valpo (20-26, 9-12) concludes the regular season next weekend versus Youngstown State (12-32, 6-14). Links to the video and live stats are available at valpoathletics.com.