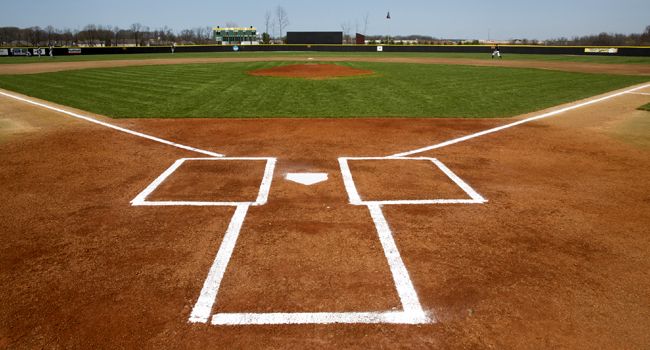 Ellis Foreman struck out 11 batters Sunday, the most by a Crusader pitcher since 2011.

The Horizon League announced Ellis Foreman (Round Rock, Texas/Stony Point) as its Pitcher of the Week for the week of May 5th-11th on Monday.

Foreman enjoyed his best outing as a Crusader on Sunday against the regular season champion Wright State Raiders. The redshirt freshman turned in nine dominating innings of shutout ball, striking out 11 batters, walking just one, and yielding six singles. The 11 punchouts were the most by a Valpo pitcher since Jon Gulbransen struck out 13 versus Chicago State on April 12th, 2011.

79 of Foreman's 117 pitches were for strikes as the righty didn't allow a runner past second base. He retired 14 consecutive batters in a 3rd-8th inning span. Foreman received a no-decision as he exited a scoreless tie after nine innings. The Raiders went on to win 1-0 behind a Sean Murphy walk-off home run in the bottom of the 12th.

Monday represents the fifth time a Crusader pitcher has been named a Pitcher of the Week or co-Pitcher of the Week (Dalton Lundeen 3/10, 4/7, 4/14; Cole Webb 4/21). As a whole, the Valparaiso pitching staff leads the Horizon League in earned run average both overall (4.14) and in league play (3.58).

The Crusaders (20-26, 9-12 Horizon) conclude their regular season this weekend in Niles, Ohio when they take on the Youngstown State Penguins (12-32, 6-14 Horizon) beginning Thursday at 5:30 pm ET/4:30 pm CT at Eastwood Field. Free video and live stats will be available for all three games at valpoathletics.com.