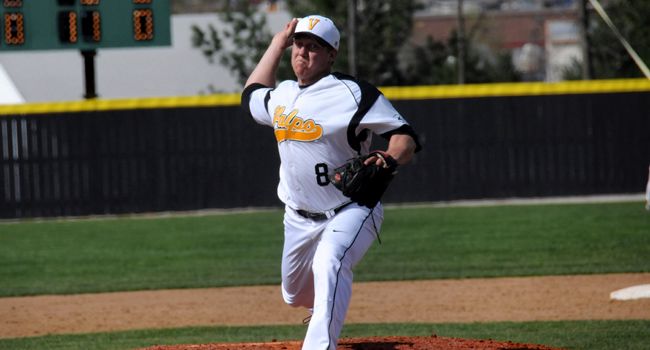 “I’m very excited and grateful for the opportunity to compete at the professional level. I put forth a lot of work and effort to achieve this goal, so when I saw my name I was beyond happy,” Kowalczyk said.

Kowalczyk polished off a dominant career for the Brown and Gold this past spring. The right-hander collected 11 saves and compiled a 1.59 ERA along with a 0.97 WHIP in 2014. He closed out the season having been scored upon just once in his final 17 appearances.

For his career, Kowalczyk amassed 24 saves – the second-most ever by a Crusader – and tallied a 1.74 lifetime earned run average. He was rewarded with the 2013 Horizon League Relief Pitcher of the Year Award after turning in an outstanding regular season highlighted by 12 saves and a miniscule 0.36 earned run average.

“What an exciting opportunity for Karch. I truly believe he has what it takes to play this game for a long time and I look forward to following his career,” head coach Brian Schmack said upon hearing the news.

Kowalczyk graduated from Valparaiso last month with a double major in biology and chemistry.