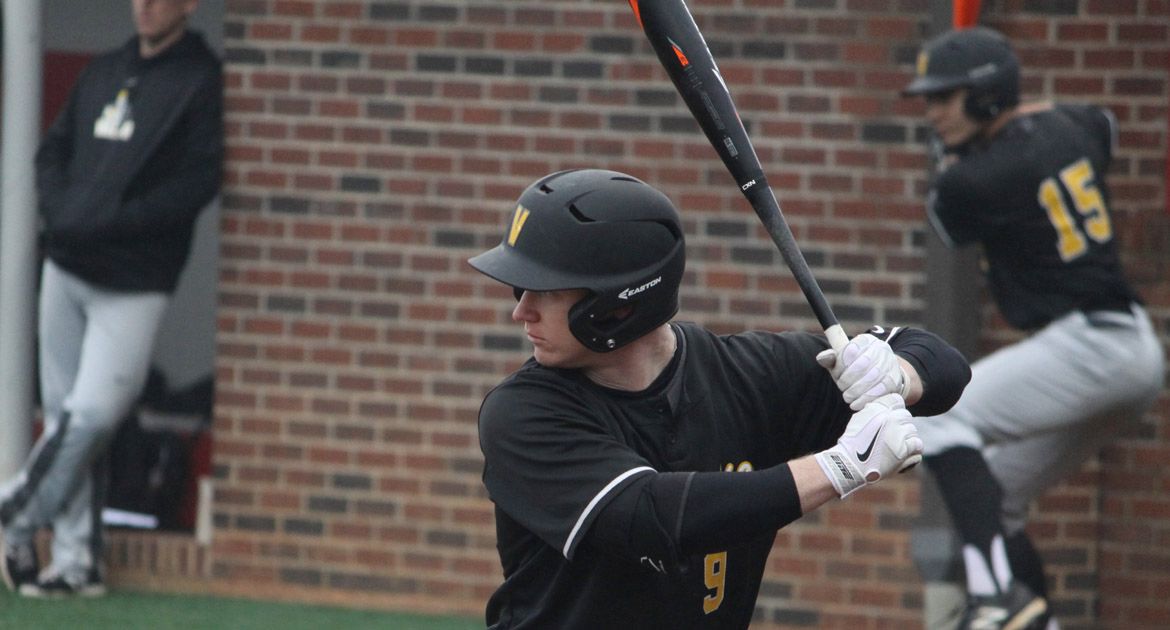 Valpo played from behind for the second straight day.

Gardner-Webb's leadoff man reached on an error, unlocking a four-run avalanche. Sam Fulginiti drove in two with a base-hit to right center field. After a one-out walk to Travis Best, Jacob Walker made it 4-0 with a single on a 3-2 delivery from Crusader starter Mario Losi (Anaheim, Calif./Canyon). Losi escaped the frame with a 5-3, inning-ending twin-killing.

Limited to just two runs over the previous 33 innings, the Valparaiso offense received a jump-start in the form of a six-run fourth inning.

Josh Clark (Granada Hills, Calif./Hillcrest Christian [Riverside City]) got things going with a leadoff double before freshman Chad Jacob (Irvine, Calif./Woodbridge) advanced him to third base with a single to center. Clark came in to score on a Jeff Edwards (Massillon, Ohio/Jackson) RBI groundout.

The next two Crusaders reached base by virtue of a dropped fly ball and a walk. GWU skipper Rusty Stroupe beckoned lefthander Landon Letchworth into the game to face the left-handed batting Lodden. Lodden unloaded the bases on the first pitch he saw from the freshman, stroking a ball to left field that landed on top of the fence and bounced over for the junior's first home run in a Crusader uniform. The grand slam tied the game at 5-5.

Valpo wasn't done, though. Nate Palace (Westlake Village, Calif./Thousand Oaks) registered one of his four hits after the Lodden blast. Palace came around to score on a double off the bat of Dustin Beasley (Round Rock, Texas/Stony Point [Cisco]) to cap off the six-run, 22-minute top of the fourth.

The Crusaders' 6-5 lead didn't last long, however. Losi issued a leadoff walk before surrendering a game-tying double to Henry Rundio. The Runnin' Bulldogs reclaimed the lead just one batter later when Hodge sent a fly ball to left field, deep enough for Blair Huggins to tag from third.

Valparaiso tied the tilt in its half of the seventh without hitting a ball out of the infield. Mark Johnson (Evanston, Ill./Evanston Township) boosted his team-leading on-base percentage to an even .500 after working a four-pitch walk. Johnson stole second and then advanced to third on a Spencer Mahoney (LaGrange Park, Ill./Lyons Township) ground out to the right side of the infield. With the tying run 90 feet away, Gardner-Webb hurler Beau Hilton spiked an off-speed delivery that strayed away from the catcher just far enough for Johnson to race home.

Crusader reliever Ben Mahar (Mundelein, Ill./Mundelein) retired the first two Runnin' Bulldogs in the bottom half of the eighth, but the next three batters reached including Hodge, whose single up the middle plated pinch-runner Evan Hyett, the go-ahead run.

Valpo went quietly in the ninth as Ryan Boelter earned his second save in Gardner-Webb's ninth straight win.

Valpo (0-6) will now head west to face Western Carolina (3-3) in a quick two-game set beginning Monday. A first-pitch time has yet to be announced, but signs are pointing towards an evening start. Live stats will be available courtesy of Catamount Athletics.