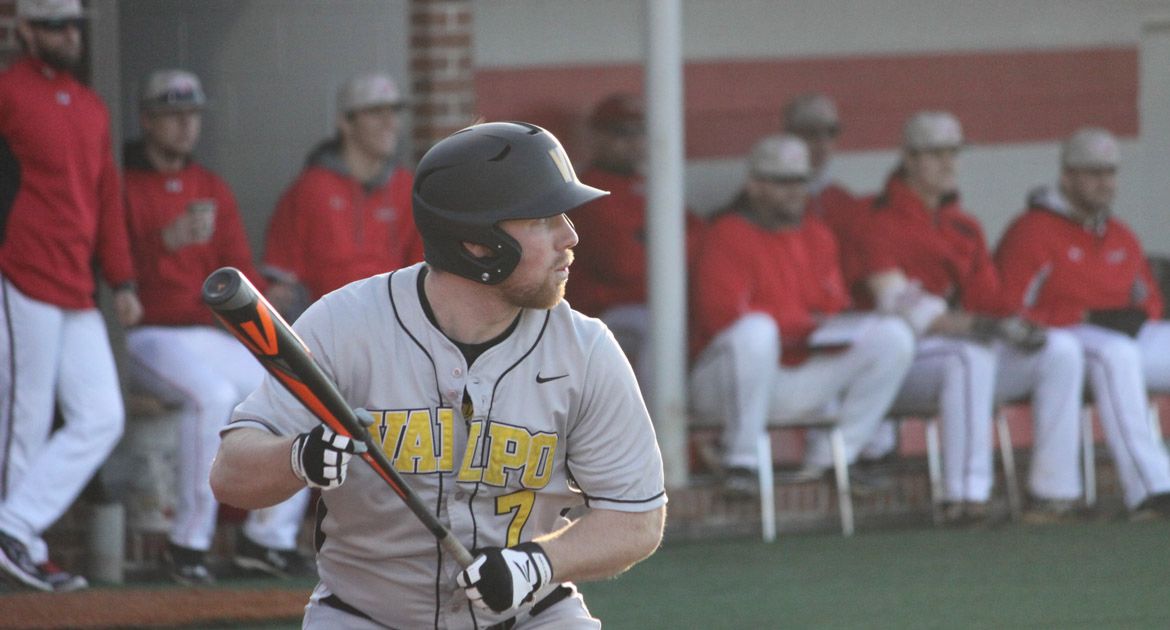 While the pitching did its job, the offense stole the show.

VanLanen took to the hill in relief of fellow freshman Connor Kaucic (Chardon, Ohio/Notre Dame Cathedral Latin) who tossed two innings last night. VanLanen allowed the first two batters he faced to reach; however, he was happy to exchange a run for two outs when WCU center fielder Matt Smith grounded into a tailor-made 6-4-3 twin killing.

Beasley recorded his third RBI of the tilt in the Crusader half of the fifth. His two-out run-scoring single allowed Palace to touch home.

Bradley Strong got WCU that run right back in the bottom of the fifth, as he scored on a Danny Bermudez ground out. Strong smacked a leadoff double before stealing third base.

Leading 7-5 after five innings, Valpo delivered a crushing blow in the sixth with all the damage coming with two outs.

A Jeff Edwards (Massillon, Ohio/Jackson) leadoff single was on its way to going unpunished after Catamount reliever Brendan Nail got two quick hits via the strikeout.

But the next Valpo batters all reached safely with a two-run double from Palace representing the linchpin. The sophomore's fifth extra-base hit in his last four games brought in Edwards and Chad Jacob (Irvine, Calif./Woodbridge) and gave the Brown and Gold a 9-5 edge.

Mahar took over for VanLanen after the rookie supplied three solid innings to place himself in line for the win.

Mahar worked around a two-out single to keep the momentum in the visitors' dugout.

Palace continued his torrid pace at the plate in his next at-bat, sending a Dylan Biumi delivery deep over the fence for a solo shot. Over his last three games spanning 13 at-bats, Palace has assembled an other-worldly 1.981 OPS (on-base plus slugging percentage).

Beasley provided the cherry on top of Valpo's second straight win with a grand slam - the Crusaders' second in the last three games - in the top of the eighth. Valpo had been the beneficiary of three bases on balls to accompany a Lodden single prior to Beasley's dagger.

Walsh got the last three outs of the ballgame in a rapid 1-2-3 ninth inning.

Beasley's seven runs batted in were the most by a Crusader since Steven Scoby matched that mark on April 14th, 2010 versus IU-Northwest. Valparaiso's single-game records, which date back only to 2006, show no player tally more runs scored than Palace's six.

Valpo (2-6) will trek down to Spartanburg, South Carolina to face USC Upstate (5-5) this weekend in a three-game series. Crusader ace Dalton Lundeen (0-1, 2.19) will seek his first win of the 2015 campaign in Friday's 4 pm ET/3 pm CT start. Live stats will be available for all three games courtesy of USC Upstate Athletics.