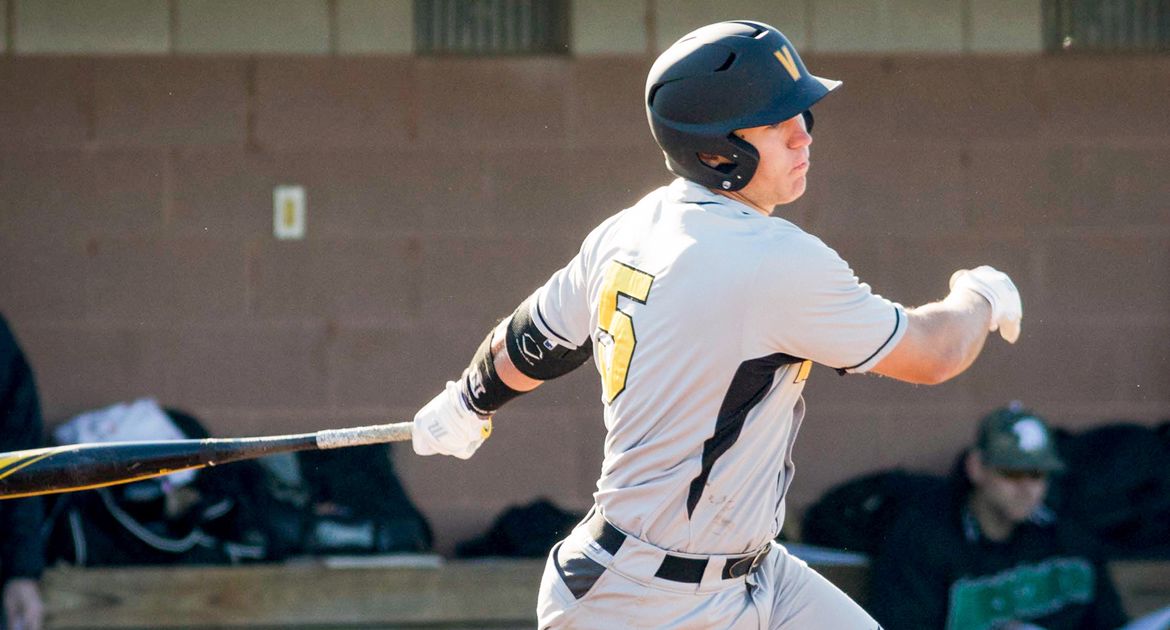 Daniel Delaney (Thousand Oaks, Calif./Thousand Oaks [Fresno State]) cracked his second home run of the season, but UIC plated six runs in its half of the fifth en route to an 8-2 win over the Crusaders at Curtis Granderson Stadium in Chicago.

Valpo starting pitcher Dalton Lundeen (Streamwood, Ill./Streamwood) worked some magic in the first after three straight Flames reached base to start the home half. Trevor Lane and Carl Sugihara recorded singles before Tyler Detmer reached on an error by the right fielder to load the bases with no outs. Lundeen climbed the ladder to get Mickey McDonald on strikes for the first out. Jeff Boehm and his 1.73 runs batted in per game average stepped to the plate looking to put UIC on the board. The Crusader lefty had other ideas as he induced an inning-ending double play and keep the game scoreless.

The game sailed along without a run until Lundeen ran into a snag in the Flames' half of the fifth. The first five UIC batters of the inning recorded hits in a taxing frame for the Valpo hurler. Alex Lee drove in two and UIC plated six runs on six hits before all was said and done.

Valpo responded with two runs in the top of the sixth.

Nate Palace (Westlake Village, Calif./Oaks Christian) shot a one-out double that skipped off the third-base bag to put himself in scoring position. Palace came in to score when Delaney hooked an Ian Lewandowski slider off the left-field foul pole.

UIC chased Lundeen in the seventh after Jeff Boehm sent his 100th pitch over the right-center field wall on a bounce. The ground-rule double temporarily stopped the runner on first from scoring. However, Lee sent a single back up the middle past a drawn-in infield. UIC's 12th hit of the day made it 8-2.

Lundeen logged 6 1/3 innings, surrendering eight runs - six earned - on eleven hits. He struck out seven and walked just one. Ellis Foreman (Round Rock, Texas/Stony Point) was solid in relief of the junior. He blanked the Flames for 1 2/3 innings.

Lewandowski earned his first win of the season as he guided UIC behind eight innings of two-run ball. He limited the Brown and Gold to six hits while walking three and punching out four.