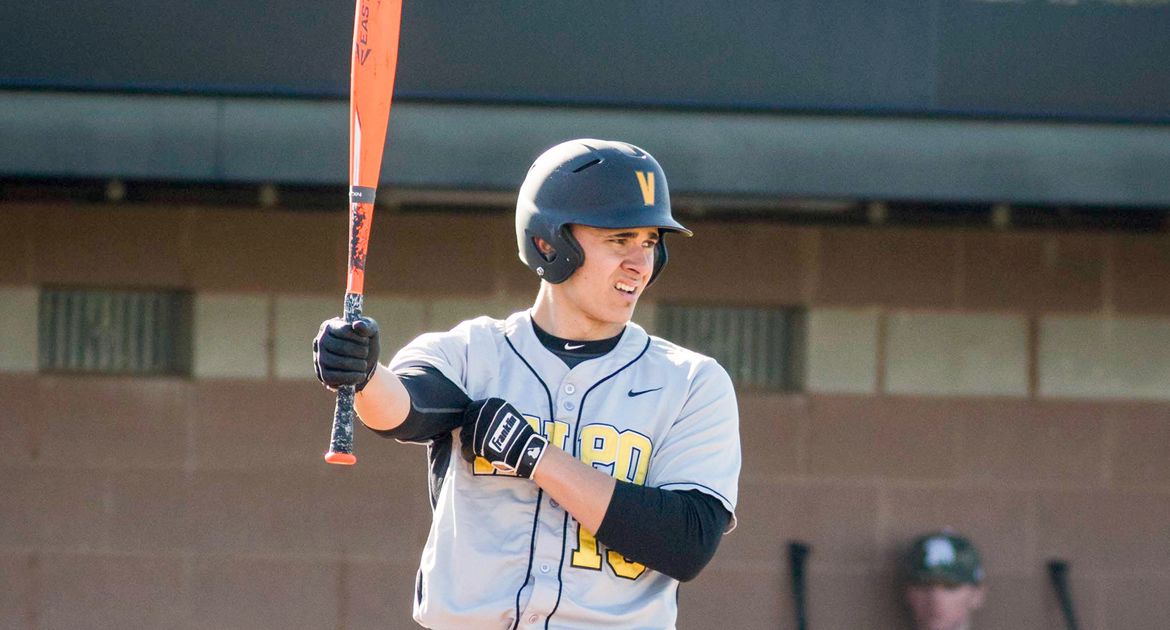 Valpo jumped all over UIC's pitching early and often.

Losi got his team right back into the dugout with a quick, 1-2-3 bottom of the first. The Crusaders swiftly returned to work in their half of the second.

Palace greeted reliever Austin Batka with a laser-beam home run to left. The three-run shot was his fifth of the season.

Catcher Ray Bartolomucci (Concord, Calif./De La Salle) made it 8-0 later in the second with a single through the left side that brought in Delaney.

Losi used a 6-4-3 double play to face the minimum in the bottom of the second.

Delaney made it an 11-0 game in the Crusader third with a three-run jack to left-center field. Mahoney and Palace had reached base ahead of the Crusader designated hitter with a couple of singles.

Despite three long offensive innings, Losi returned to the mound each time to dispatch rapid frames. He limited UIC to just five hits - all singles - in seven shutout innings. He summoned four double plays in total to avoid any real threat.

Trevor Haas (Mount Prospect, Ill./Hersey) and Zack Walsh (Batesville, Ind./Batesville [UConn]) preserved the win for Losi (1-1) and the Crusaders, who added two runs in the fifth and single tallies in the eighth and ninth innings.

Losi lowered his ERA nearly three whole runs with one of his strongest starts in a Valpo uniform.

All nine starters for the Brown and Gold recorded at least one hit, with the 1-4 batters in the order going a combined 10-for-18 with 13 runs scored and eight runs batted in.

Palace approached the plate seven times, but registered only two at-bats. He was hit with three pitches and drew a pair of walks in his other five PAs. Delaney notched a team-high four RBI while Mahoney crossed the plate four times.

Valpo (4-10, 1-2 Horizon) will face two Big Ten teams during midweek play. The Crusaders will travel to Indiana (13-4) on Tuesday afternoon. The Hoosiers are coming off a three-game sweep of 12th-ranked Cal State Fullerton at Bart Kaufman Field. Valparaiso will head down to West Lafayette on Wednesday to tangle with Purdue (7-10) in a 5:30 pm ET/4:30 pm CT first pitch. Links to audio and live stats will be available at ValpoAthletics.com.