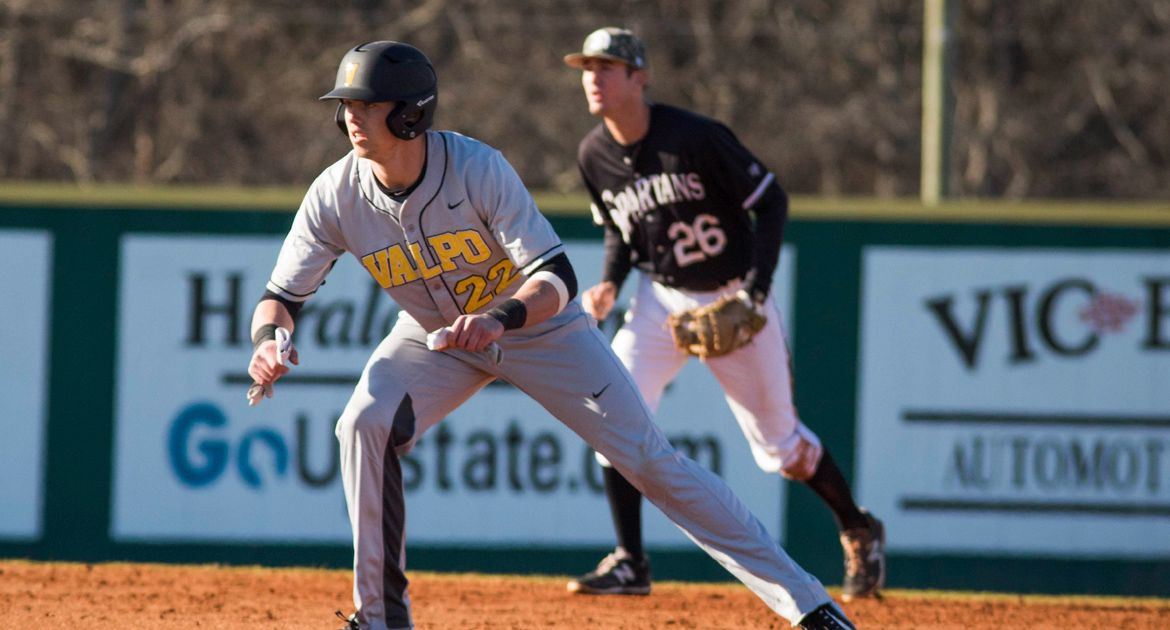 Freshman Connor Kaucic (Chardon, Ohio/Notre Dame Cathedral Latin) delivered a quality start against the 24th-ranked team in the nation Tuesday, but Valparaiso was unable to break into the run column against a medley of Indiana pitchers in a 4-0 loss at Bart Kaufman Stadium in Bloomington.

Following a pitching change that brought Brian Hobbie into the game, a wild pitch advanced both runners into scoring position with two outs. Hobbie worked around the threat, though, getting a strike-three call on a close breaking pitch with the count full.

Kaucic craftily navigated through the Indiana order for six innings. The Hoosiers managed to scrape a run out in their half of the fourth.

Scott Donley sent a leadoff single up the middle before advancing to second base on a wild pitch. Kaucic summoned a pair of ground outs against the next two batters, but wasn't able to escape unharmed. Will Nolden slapped an 0-2 pitch into center for an RBI single and a 1-0 Indiana lead.

IU tacked on three runs in the bottom of the seventh. A leadoff walk coupled with a throwing error scooted two Hoosiers into scoring position after a sacrifice bunt. Brad Hartong delivered a two-run single past a drawn-in Valpo infield for a three-run cushion. Casey Rodrigue plated Hartong with an opposite-field double, making it 4-0.

Due to poor field conditions at Eastwood Field in Niles, Ohio, the Crusaders and Penguins will play at Emory G. Bauer Field. The two teams will play a single game Friday at 1:00 pm CT and a double-header on Saturday beginning at 11:00 am CT. Game two will begin 30 minutes after the completion of game one. Live stats will be available for all three games at ValpoAthletics.com.