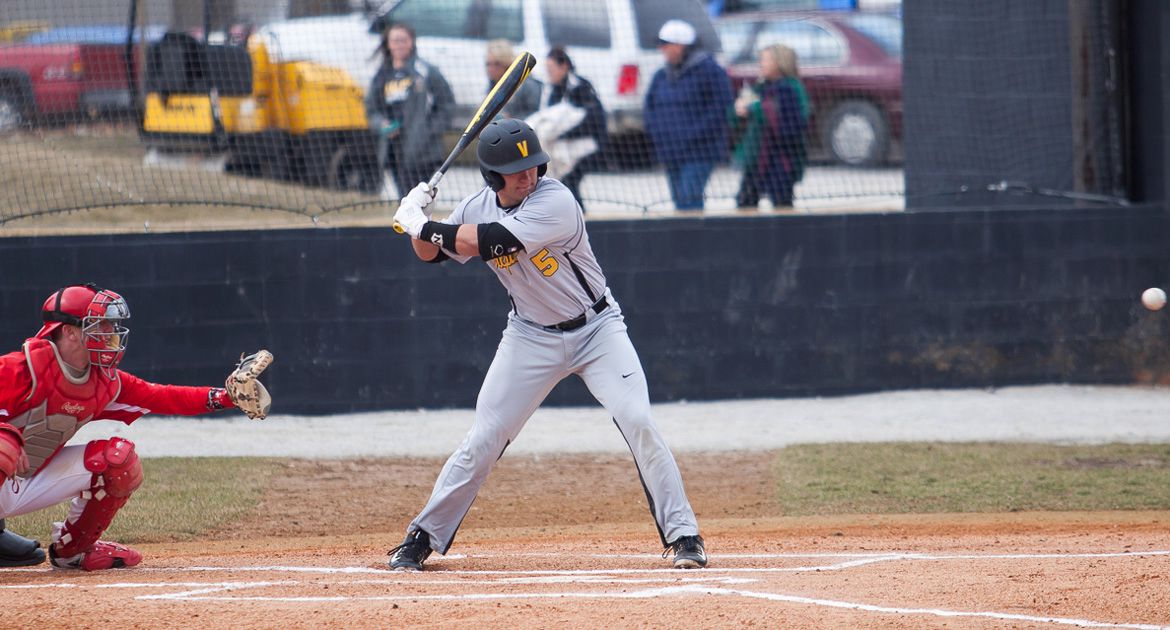 Valparaiso fought back from a two-run hole to claim a 3-2 sixth-inning lead, but Milwaukee scored five runs off the Crusader bullpen to win the series finale, 7-3, at Henry Aaron Field on Saturday afternoon.

Milwaukee's Tell Taylor broke the scoring open in the home half of the fourth. The first baseman laced a two-run single into center for a 2-0 Panther lead.

After stranding two runners on base four different times in the first five innings, the Crusaders finally broke through in the top of the sixth. Mahoney sliced a bases-loaded single down the left-field line that plated Josh Clark (Granada Hills, Calif./Hillcrest Christian [Riverside City]). Nolan Lodden (West Des Moines, Iowa/West Des Moines Valley [Heartland CC]) tied the game at 2-2 with an RBI groundout in the next at-bat. Nate Palace (Westlake Village, Calif./Oaks Christian) got in on the fun a batter later with a single to center that brought in Mark Johnson (Evanston, Ill./Evanston Township).

The Panthers tied the game back up a half-inning later. Derek Peake got aboard with a two-out single before moving into scoring position by means of a stolen base. Peake came in to score on a Luke Meeteer chopper up the middle.

Lefty reliever Justin Jaquish kept the Crusader offense at bay in the sixth and seventh innings. The Panthers expanded their lead to 6-3 in a lengthy bottom half of the seventh. Pat Koenig parlayed a leadoff walk into a run when second baseman Mitch Ghelfi drove him home on a double down the left-field line. Ghelfi scored on a Taylor single to right off Crusader reliever Trevor Haas (Mount Prospect, Ill./Hersey). Taylor later touched home on a wild pitch unleashed by left-hander Luke Syens (Burlington, Wis./Burlington [Madison]).

All in all, four Valpo relievers saw the mound in the three-run frame.

Koenig supplied Milwaukee with an insurance tally in the eighth with a solo home run to left, his second of the series.

The Crusaders (10-16, 6-5 Horizon) has a busy week ahead of themselves. They host Toledo on Tuesday at 3 pm before heading to Notre Dame on Wednesday evening at 7:05 pm ET/6:05 pm CT. Valpo will then resume Horizon League play on Friday as Oakland comes to town. Links to audio and live stats will be available at ValpoAthletics.com.