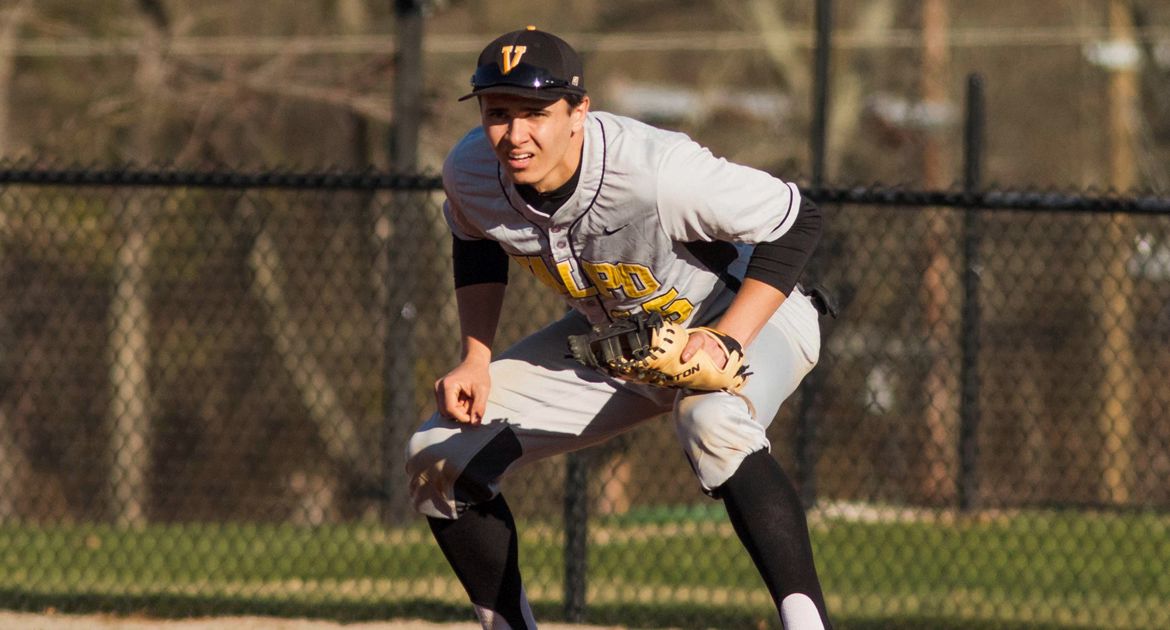 For the fourth straight midweek game, the Crusaders struggled to find their offensive stride, falling 6-1 to Western Michigan at Robert J. Bobb Stadium in Kalamazoo on Tuesday.

Valpo jumped out to its first lead in nine games after a single run in the top of the third. Jeff Edwards (Massillon, Ohio/Jackson) recorded the first hit of the afternoon with an infield single between shortstop and third base. With Nolan Lodden (West Des Moines, Iowa/West Des Moines Valley [Heartland CC]) at the plate with two outs, Edwards took off on the first pitch of the at-bat. He was initially called out by the umpire at second base, but was subsequently overruled by the first-base umpire. Lodden followed with a double to left that got over the head of outfielder Tanner Allison. Edwards came in to score on Lodden's 29th run batted in of the season and the Crusaders led 1-0.

Western Michigan responded with a pair of runs in the bottom half.

Allison and catcher Mitchell Ho singled to open the frame. Both advanced into scoring position after a Drew Farmer sacrifice bunt. Bronco third baseman Grant Miller delivered an RBI single to left that plated Beau Filkins, the pinch-runner for Allison, and tied the game. Shorstop Nick Vogelmeier, the next batter, laid down a safety squeeze that scored Ho from third. The Broncos led 2-1 after three innings.

It remained a one-run game until the home half of the eighth. The Broncos successfully executed another safety squeeze for their third run before Jared Kujawa deposited a three-run homer over the right-field wall. His fifth round-tripper expanded Western Michigan's lead to 6-1.

Jacob Piechota, who took over for starting pitcher Peyton Gray in the fifth, fired five scoreless frames of one-hit ball to earn the win.

Valpo (13-18, 9-5 Horizon) will have the rest of the week to prepare for a pivotal Horizon League series against the first-place UIC Flames (16-12, 11-4 Horizon). Dalton Lundeen (3-3, 4.10) will get the ball in the series opener on Friday. First pitch is scheduled for 3:00 pm CT at Emory G. Bauer Field. Links to the audio and live stats are available at ValpoAthletics.com.