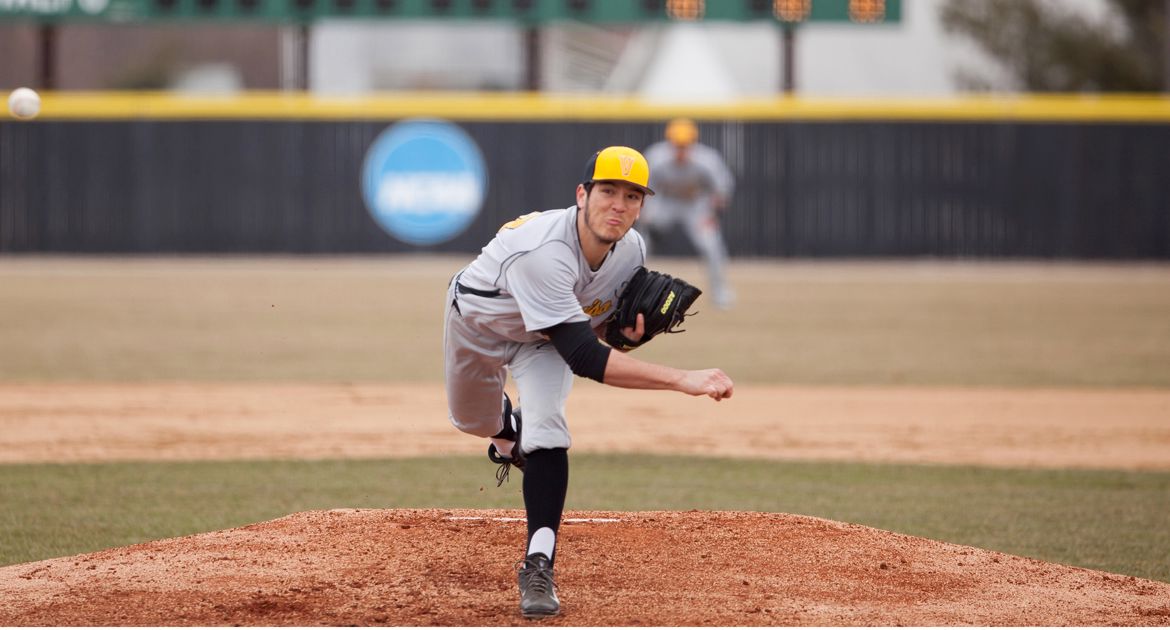 Oakland starter Jacob Dehn kept the Crusaders scoreless until the third, an inning which the first four Crusaders reached base.

Josh Clark (Granada Hills, Calif./Hillcrest Christian [Riverside City]) got the ball rolling with a double down the right-field line. Spencer Mahoney (La Grange Park, Ill./Lyons Township) answered with a single before Jeff Edwards (Massillon, Ohio/Jackson) laid down a perfectly-executed squeeze that allowed Clark to score for the first Valpo run. Nolan Lodden (West Des Moines, Iowa/West Des Moines Valley [Heartland CC]) sent a bouncer to second that got through the fielder's legs and into right. Mahoney scored on the miscue and Edwards advanced to third. Dehn subsequently balked in a run and the Brown and Gold took a 3-0 lead.

Dustin Beasley (Round Rock, Texas/Stony Point [Cisco]) kept the inning going with an opposite-field RBI single. The Crusader DH eventually came around to score on Garbella's first run-scoring hit of the afternoon, a single to left.

Valpo added to its lead in the fourth. Mahoney was issued a leadoff walk and came in to score three batters later when Daniel Delaney (Thousand Oaks, Calif./Thousand Oaks [Fresno State]) roped his 11th double of the season to the left-field corner.

Despite a few lengthy breaks between innings, Losi maintained focus and went to his signature changeup to evade potential threats.

Oakland didn't force its way into the run column until the seventh. By that time, Robby Enslen's sacrifice fly made it a 10-1 game.

The Crusaders parlayed one hit into four runs in a clumsy ninth.

Losi improved to 4-1 on the season as he lasted seven innings. The sophomore surrendered the lone run on seven hits while punching out five opposite three walks. He lowered his earned run average to 4.27 in the process.

Offensively, Mahoney, Edwards, Delaney, Beasley, Jacob, Garbella, and Clark all had at least two hits. Jacob enjoyed his second three-hit game of the season as he saw his average climb to .298.

The Crusaders piled up 17 hits while accepting ten walks.