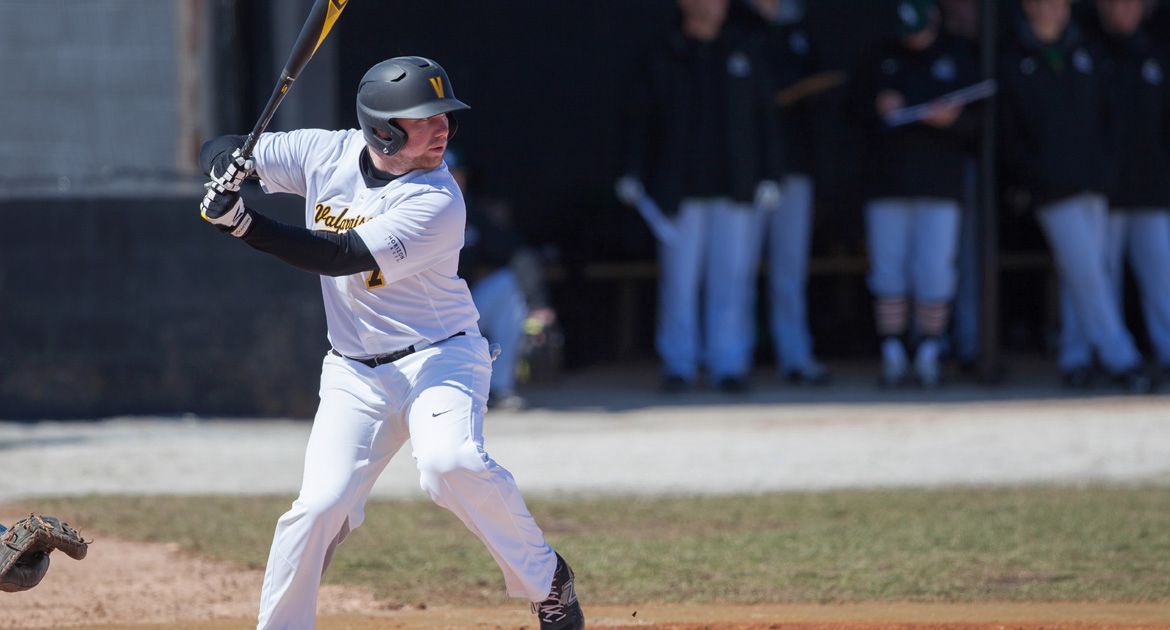 A barrage of two-out hits catapulted Northern Illinois to a 5-3 win over Valpo on Wednesday afternoon at Ralph McKinzie Field in DeKalb. Crusader starter Drew Hasler (South Bend, Ind./Mishawaka Marian) was coasting through the sixth inning until four straight singles resulted in a 2-0 deficit ballooning to 5-0.

The Huskies took the first bite into the scoreboard, scoring an unearned run in their half of the first. NIU designated hitter - and starting pitcher - Micah McCulloch sent a two-out flare into shallow center that allowed Johnny Zubek to race home from second base.

McCulloch and Zubek touched up Hasler for another single tally in the third. Zubek ripped the first pitch of the inning off the left field wall for a leadoff double. After advancing to third on a fly ball to right, he coasted home on a McCulloch sac fly to deep center.

The Crusaders were unable to take advantage of a golden opportunity in the visitor's half of the sixth.

The Huskies added three runs in the bottom half, doing all the damage with two outs. A string of 11 straight batters retired by Hasler ended when Wes Sery recorded the first of three straight singles to center. Sery scored on Alex Smith's second RBI of the season. Catcher Nate Ruzich landed a crushing blow with a two-run single to left. His knock ended Hasler's afternoon.

Valpo worked its way into the run column in the seventh. Freshman Chad Jacob (Irvine, Calif./Woodbridge) opened the frame with a single to center. He later scored on a wild pitch unleashed by lefty Ryan Olson. Lodden trimmed the margin to three runs in the next at-bat with a base hit down the third-base line. Mark Johnson (Evanston, Ill./Evanston Township) scored on Lodden's opposite-field single after reaching on a hit of his own.

Josh Clark (Granada Hills, Calif./Hillcrest Christian) cut it to 5-3 in the eighth. The junior lifted a sacrifice fly to right after Beasley and Molitor both singled to begin the inning.

Valpo was unable to deny Andrew Frankenreider of his seventh save as the NIU closer set the Brown and Gold down 1-2-3 in the ninth.

Beasley led the way offensively for the Crusaders. He went 2-for-4 and registered Valpo's lone extra-base hit. All nine starters reached base at least once.

The Crusaders' team earned run average (4.99) submerged below 5.00 for the first time since March 28th.