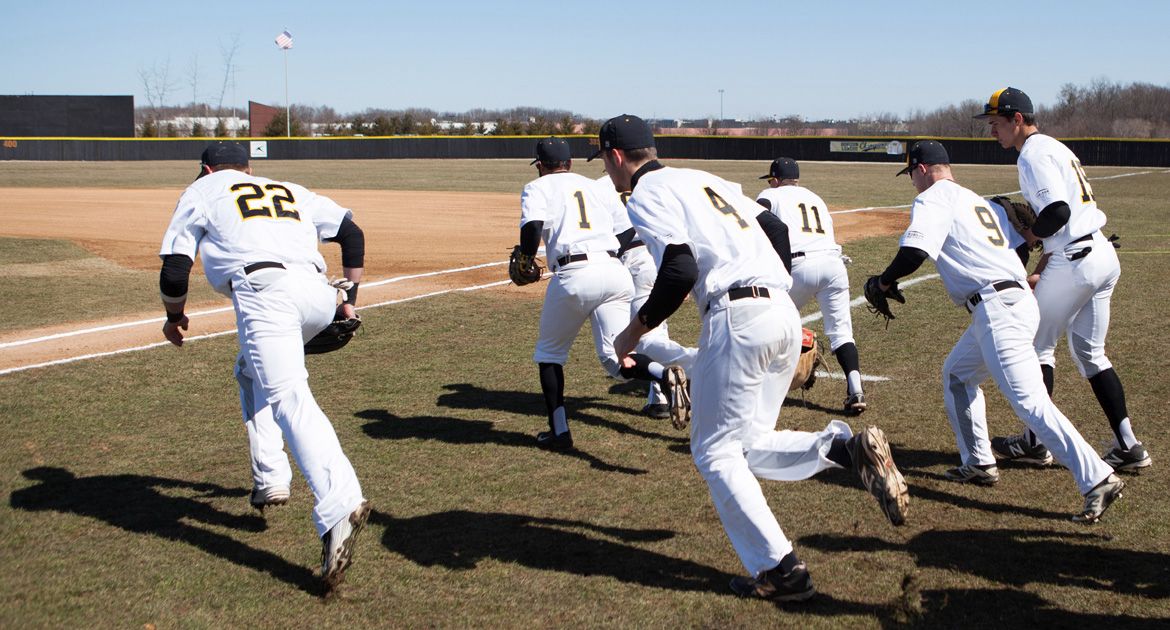 This Week in Crusader Baseball: Senior Day highlights this weekend’s series at Emory G. Bauer Field as the curtain begins to descend on the 2015 home slate. Seeding for the Horizon League Championship is still very much up in the air with six conference games to play. Youngstown State will make its second trip to town this Friday in the first of a three-game set. Valpo has historically fared well against YSU (28-3 in last 31 contests), but the Penguins have been playing .500 baseball since April 2nd.

Last Time Out: With the clock reading 7:31 pm local time and the sun setting on a rustic Emory G. Bauer Field, Jeff Edwards cracked an opposite-field, 13th-inning single to score Giovanni Garbella and break a 7-7 tie to upend the Western Michigan Broncos on Tuesday. Spencer Mahoney tallied four knocks as he was one of four Crusaders to record three or more hits. Jason Condit was rewarded the win after throwing two shutout innings.

On the Air: Brandon Vickrey (PxP) and Tommy Mantice (Color) will have the call live on WVUR (95.1 FM, Valparaiso) for Friday and Saturday’s game. Vickrey (PxP) and Parker Gatewood (Color) will deliver the action on WVUR of Sunday’s game. Live stats will also be available for all three games this weekend. In addition, ValpoGameday.com is a one-stop shop for live video, stats and social media interaction, all on the same page.

Probable Starters: Junior LHP Dalton Lundeen (4-5, 4.48) hopes to continue his excellence against Youngstown State in the series opener Friday. In six career starts versus the Penguins, Lundeen is 4-0 with a 2.18 ERA. Sophomore righty Mario Losi (4-2, 4.61) will get the ball in Saturday’s start. Losi fired a four-hit shutout of YSU back on March 22nd. RHP Ryan Fritze (2-5, 4.42) will close out the series for Valpo. Fritze has yet to surrender a triple or a home run in 59 IP. He struck out a season-high seven batters in his last outing versus Milwaukee.

Series Notes: Valpo holds a dominating 52-17 edge over Youngstown State in a series that started in 1992. The Crusaders have been winners in 28 of their last 31 tilts against the Penguins.

Looking Back: Valpo finished 2014 with a 25-28 record overall and a 12-12 mark in the Horizon League. Sophomore Dalton Lundeen compiled one of the best seasons on the mound of any lefthander in college baseball, registering HL-lows in earned run average (1.94), walks-plus-hits per inning pitched (1.02), and walks per nine innings (1.30). Offensively, Chris Manning racked up 61 hits as he boosted his career total to 264, good for second place all-time in school history.

In the Other Dugout: Steve Gillispie is in his third season at the head of the Youngstown State program. Gillispie led a listless 12-36 Penguin club into the 2014 Horizon League Championship and swept its way to a berth into the NCAA Tournament. There, they defated Indiana State 5-2 in an elimination tilt before falling to a loaded Stanford squad, 12-4.

Newcomer Frank Califano is the torchbearer offensively for the Penguins. The Golden West CC (Calif.) transfer has accumulated 22 hits in his last nine tilts during his current 11-game hitting streak. Youngstate State’s leadoff man leads the team in runs (32), hits (63), and stolen bases (15). However, Alex Larivee is the only other regular that owns a batting average above .272. YSU’s team average rests at .251, the lowest in the Horizon League.

Outside of a 19-2 hiccup versus Wright State, the Penguins’ pitching staff has excelled as of late. Youngstown State has allowed fewer than five runs in five of its last eight games. Lefty Joe King, YSU’s Friday starter, has surrendered three runs or fewer in seven starts since moving to the rotation back on March 31st. His 3.97 earned run average leads all Penguin starters. RHP Josh North will make his tenth start of the spring on Saturday. He was touched up for five runs in 4 1/3 innings last weekend versus Oakland. His WHIP is north of 2.00, but he’s served up only one homer in 42 2/3 innings pitched. The Penguins haven’t announced a starter for Sunday’s series finale. Jeremy Quinlan has made ten starts, but he didn’t toe the rubber last weekend. RHP D.J. Carr took the ball for the Penguins last Sunday, spotting the Golden Grizzlies two runs on six hits in 6 2/3 innings. Gillispie could also turn to Jared Wight. The southpaw was the owner of a 3.55 ERA as late as April 17th, but Milwaukee plated ten earned runs versus the sophomore in 4 1/3 innings at Henry Aaron Field.

Driftless Drivel: Jeff Edwards has reached base safely in 15 straight games, and is batting .343 (12-35) since moving to the second spot of the order ...of the 17 base runners Bryce Yoder has inherited, only four have crossed the plate...the No. 5 spot in the Crusader batting order has yielded a slash line of .207/.306/.313 (lowest batting average and second lowest on-base-plus-slugging percentage of any place in the order)...at 4.87, Valpo’s team ERA is the lowest it’s been since after the first game of the season...at .280, Valpo’s team batting average is the highest it’s been since after the second game of the season (.288)...the Brown and Gold have stranded ten or more runners nine times in their last ten tilts...opposing pitching staffs have issued the Crusaders an average of 5.19 walks per game, the 7th-highest rate in the nation...the Valpo pitching staff has not surrendered a triple in the past 14 games...Youngstown State has been outscored 80-31 in the first two innings so far...neither team has lost a game when leading after the 8th inning...the Crusaders’ 13-inning tilt Tuesday versus Western Michigan was the longest at Emory G. Bauer Field since May 14th, 2006 (14 innings versus Chicago State).