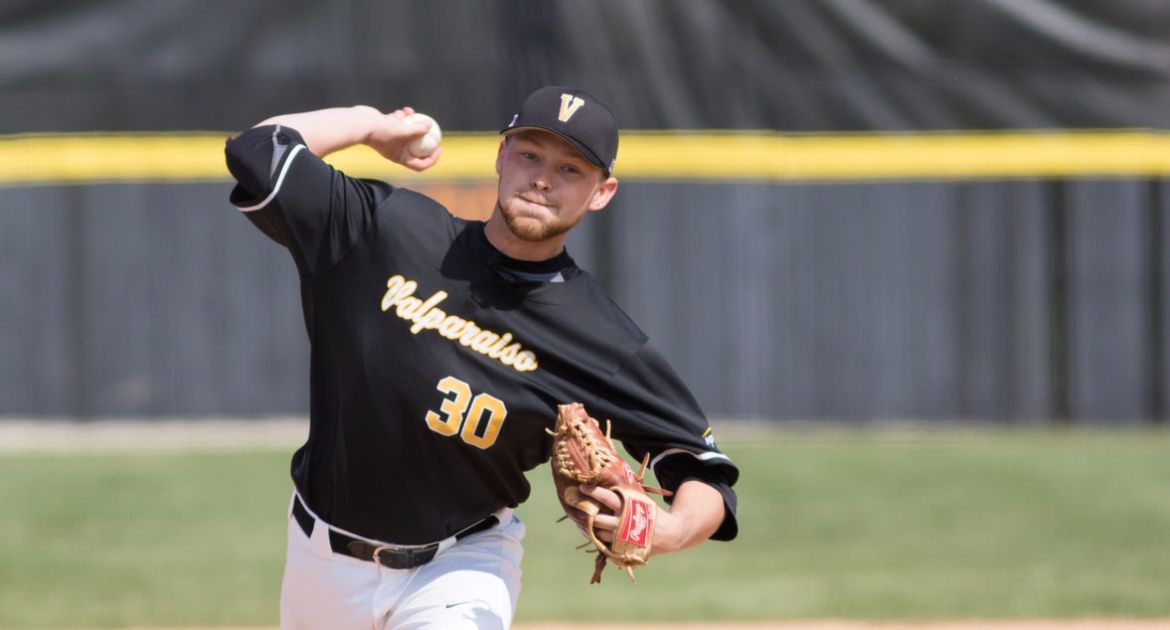 A sensational breakout season for Trevor Haas (Mount Prospect, Ill./Hersey) found its defining chapter Saturday at Oakland Baseball Field. The senior was flat-out dominant in a five-hit shutout of the Golden Grizzlies. Haas needed only 92 pitches to earn his second win of the season, lower his earned-run average to 2.40, and more importantly, secure the series win for the Crusaders.

Oakland starter Jake Lee sailed through the first two innings before things began to unravel for him in the third.

James Stea (Los Alamitos, Calif./Los Alamitos [Golden West]) took the first pitch of the inning off the helmet. He was able to take his time rounding the bases once Lodden launched his first home run of the season over the extended wall in right-center field. Four batters later, Josh Clark (Granada Hills, Calif./Hillcrest Christian [Riverside City]) touched home on a Palace sacrifice fly to deep center that made it 3-0.

Palace regained the team lead in home runs in the fifth. Shea Molitor (Plymouth, Minn./West Lutheran [Des Moines Area CC]) extended his hitting streak to seven games to open the inning. He was still standing on first base when Palace rifled a line-drive that didn't stop until it collided with a tree on the other side of the left-center field wall. His fifth dinger of the season expanded the Crusader advantage to five.

Oakland did not have a man touch second base until there was one out in the ninth. The Golden Grizzlies managed two singles in their final at-bat, but Haas quickly retired the final two batters he faced.

Haas summoned 12 ground ball outs on the day. Sixty of his 92 offerings were strikes. Saturday represented the first shutout of his career. Haas has already obtained season watermarks in innings pitched (45.0) and strikeouts (31) during his four-year career. His 2.40 ERA would qualify for the sixth-lowest in the Horizon League entering this weekend.