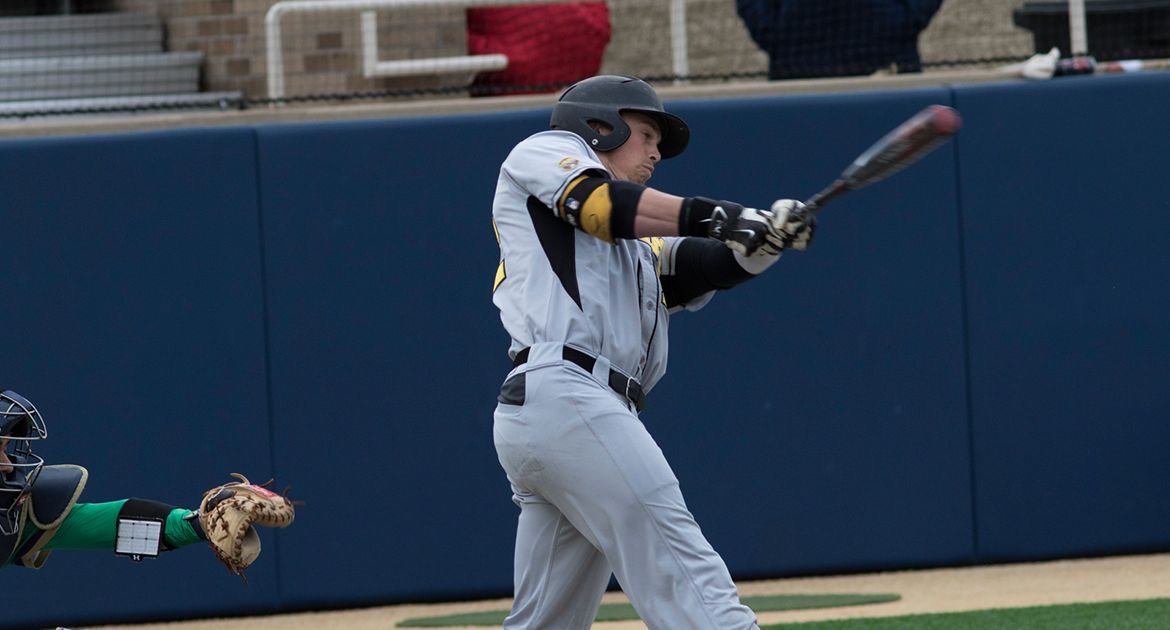 Valpo had the bases loaded with one out in the bottom of the ninth when UIC reliever Trevor Lane uncorked a wild pitch allowing James Stea (Los Alamitos, Calif./Los Alamitos [Golden West]) to hightail it home for a 2-1 victory Friday at Emory G. Bauer Field.

Neither team managed a hit with runners in scoring position as pitching and defense were the specials du jour.

Dalton Lundeen (Streamwood, Ill./Streamwood) zipped through the first six innings. He retired the first 17 batters UIC sent to the plate. Catcher Wyatt Mascarella sent the first pitch of his sixth-inning at-bat through the right side for a clean single, the Flames' first of the afternoon.

However, the Crusaders saw their one-run edge evaporate in the visitor's half of the seventh. Lundeen issued a bases-loaded walk to Gabe Dwyer that forced in Brandon Gibis. Senior Bryce Yoder (Spencerville, Ind./Eastside) got Cody Bohanek swinging on strikes to end the threat as the Flames stranded three in the frame.

It remained a 1-1 tilt until the bottom of the ninth. Stea got things rolling when he took an inside fastball off the arm. With the hit-and-run employed, Nolan Lodden (West Des Moines, Iowa/West Des Moines Valley [Heartland CC]) shot a single through the right side that sent Stea to third base. The knock extended his on-base streak to 28 games. UIC then intentionally walked Molitor to load the bases for pinch-hitter Jake Hanson (Yorkville, Ill./Aurora Christian).

Hanson didn't need to lift the bat off his shoulder as Lane's 1-2 offering eluded Mascarella and traveled to the backstop. Stea scrammed home to notch the walk-off victory.

Ryan Fritze (Woodbury, Minn./Woodbury [Des Moines Area CC]) received the win after he fired a scoreless top of the ninth. Valpo pitchers racked up 10 strikeouts on the afternoon opposite two walks.

Valpo (20-18, 11-5 Horizon) took a two-game lead over UIC (17-23, 9-7 Horizon) with the 2-1 triumph. The Crusaders and Flames will resume their series Saturday at 1 pm CT. Stay tuned to ValpoAthletics.com and follow @ValpoBaseball for any potential adjustments. WVUR (95.1 FM, Valparaiso) will have the call with live stats also available.