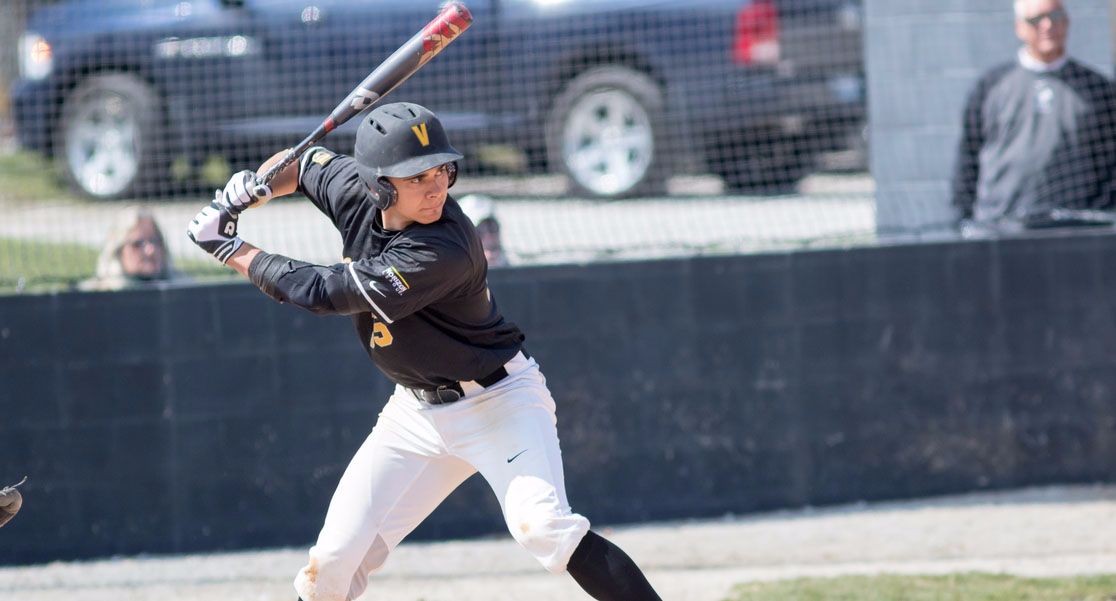 This Week in Crusader Baseball: The Valparaiso University baseball team will look to continue its best start since 1997 as it faces a tough test this weekend at South Florida. USF is off to its best start in program history, winning 12 of its first 13. The last time the Crusaders held a winning record through 11 games, this year’s freshmen were not even born yet. Valpo has won five of its last six.

Last Time Out: The Crusaders swept a pair of midweek games against Penn that took place in Port St. Lucia, Fla. Valpo won on the shoulders of strong pitching on Tuesday as Michael Mommersteeg turned in six shutout innings and the Crusaders scored three in the ninth to beat Penn 3-0. Valpo poured on the offense on Wednesday, scoring a season-high 16 runs to wallop the Quakers 16-3. Nate Palace, James Stea and Jake Hanson all launched home runs.

On the Air: Live audio and stats courtesy of USF Athletics will be available for all three games of this weekend’s series. Links can be found on ValpoAthletics.com.

Friday Starters: Senior RHP Mario Losi will take the ball on Friday for the Crusaders. He owns an 0-1 record and 4.41 ERA in three starts so far this year. Losi has issued 10 walks and struck out six in 16 1/3 innings. He’ll face off with Phoenix Sanders, a senior righty in his second year with the Bulls after starting his collegiate career at Daytona State College. Sanders has been strong so far this year, holding a 2.45 ERA and 1-0 mark in three starts. He has racked up 27 strikeouts while walking five in 18 1/3 innings. He is one of 26 players in the nation with 27 strikeouts or more.

Saturday Starters: Wes Gordon takes the bump on Saturday after going 0-1 with a 3.78 ERA over his first three starts. He has worked 16 2/3 innings and racked up a team-high 13 strikeouts while issuing only two walks. In his last outing, Gordon received no decision while scattering seven hits and yielding two runs in an eventual 5-2 win over Jacksonville on March 4. Gordon will be opposed by left-hander Shane McClanahan, who holds an impressive 2-0 record and 1.20 ERA after three starts. He has issued six walks and struck out 23 in 15 innings. McClanahan was selected in the 26th round of the 2015 MLB Draft by the New York Mets. He redshirted the 2016 season at USF due to injury.

Sunday Starters: Sophomore Grant Inman is the only Valpo starting pitcher with a win this season as he stands at 2-1 with a 3.86 ERA in three starts. He has struck out nine and walked five in 14 innings. Inman incurred the defeat in his last outing, allowing four runs on seven hits in four innings in an eventual 6-3 loss at Jacksonville. The Bulls will go with redshirt junior RHP Peter Strzelecki for the series finale. He spent his first two collegiate seasons at Palm Beach State College, then redshirted the 2016 season due to injury. He’s made three starts this season and owns a microscopic 0.71 ERA to go along with a 1-0 record and 14 strikeouts against eight walks in 12 2/3 innings.

Series Notes: The only prior meetings between the Crusaders and Bulls came in 2013, when Tracy Woodson’s Valpo squad traveled to USF from March 8-10 and dropped two of three. The Crusaders won the middle game 5-2 but dropped the opener 3-2 and the finale 7-3.

Inside the Crusaders: The Crusaders currently rank 11th in the nation in fielding percentage at .985. Jon Tieman has already nailed down four saves this season, one of 20 players in the nation to do so. James Stea is one of 28 players in the nation who has been hit by a pitch six times or more. Stea is also tied for sixth in the nation with nine stolen bases. Nate Palace ranks 19th nationally in slugging percentage at .854. Palace leads the team in home runs (3), doubles (5), triples (2), RBIs (9), total bases (35), batting average (.415) and on-base percentage (.519). Reliever Easton Rhodehouse has worked 10 innings and has allowed no runs on just one hit.

In the Other Dugout: The Bulls are coming off an 8-1 victory over Villanova on Wednesday that allowed them to establish the best start in program history and extend their winning streak to 11. The 11-game winning streak is the second-longest in all of college baseball this year. The Bulls rank seventh in the nation in team ERA at 2.01 and second in the nation with 12.1 strikeouts per nine innings. They’re also eighth nationally in WHIP at 1.03. South Florida received 27 votes in this week’s USA Today Coaches’ Poll. The Bulls have three pitchers in the Top 50 in the nation in strikeouts per nine innings. They were picked to finish sixth of eight in the American Athletic Conference Preseason Poll. Kevin Merrell earned all-conference first-team honors. Head coach Mark Kingston is in his third year at USF after guiding Illinois State from 2010-14.

Driftless Drivel: The 16-run output on Wednesday was Valpo’s highest of the season, shattering its previous high of nine… Stea’s home run on Wednesday was his first of the season and the second of his Valpo career. His previous home run was in his first series at Valpo, a blast against Jacksonville State on Feb. 21, 2016. Stea also matched a career high with four runs scored, a mark he previously reached on March 20 of last season against Northern Kentucky. His three RBIs set a new career high… Jake Hanson’s home run was his first of the season and the third long ball of his collegiate career. Hanson had no extra-base hits in his first nine games this year, but notched two on Wednesday… Relief pitchers have earned the win in four of Valpo’s six victories this year… Giovanni Garbella has hits in seven straight games… Wednesday’s game against Penn was the first time this season Scott Kapers did not start behind the plate… Palace had his first hitless game of the season on Tuesday, then bounced back with a triple, home run and three RBIs on Wednesday… Wednesday was the first time the Crusaders launched three home runs in a game against a Division-I opponent since Feb. 28, 2016 against New Orleans… Chase Dawson has multiple hits in five different games, including each of his last two… Patrick Donohue had a career-high three hits on Wednesday.