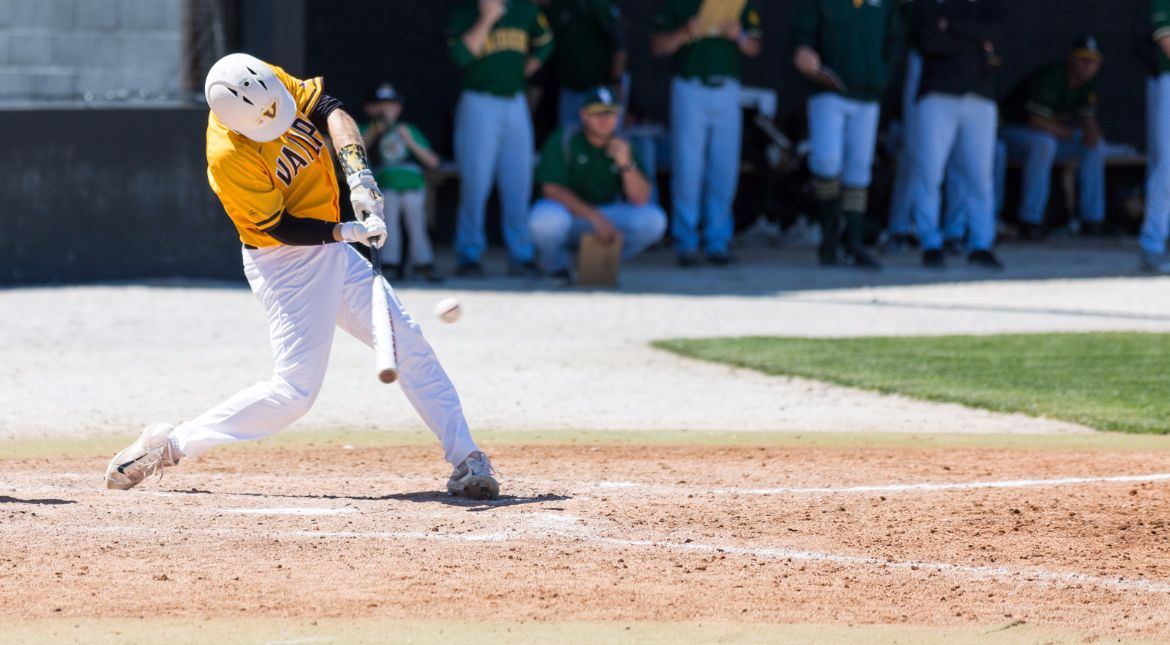 The Valparaiso University baseball team had late leads in both games of Friday’s doubleheader with Youngstown State at Eastwood Stadium in Niles, Ohio, but the Crusaders couldn’t hold on to the edge in either game. The Penguins walked off with a 6-5 win in the opener, then rallied for five in the eighth to beat the Crusaders 9-7 in Game 2.

The Crusaders and Penguins are scheduled to play the series finale on Saturday at 2 p.m. CT. The game day and time is subject to change due to an unfavorable weather forecast. Check back with ValpoAthletics.com for updates.