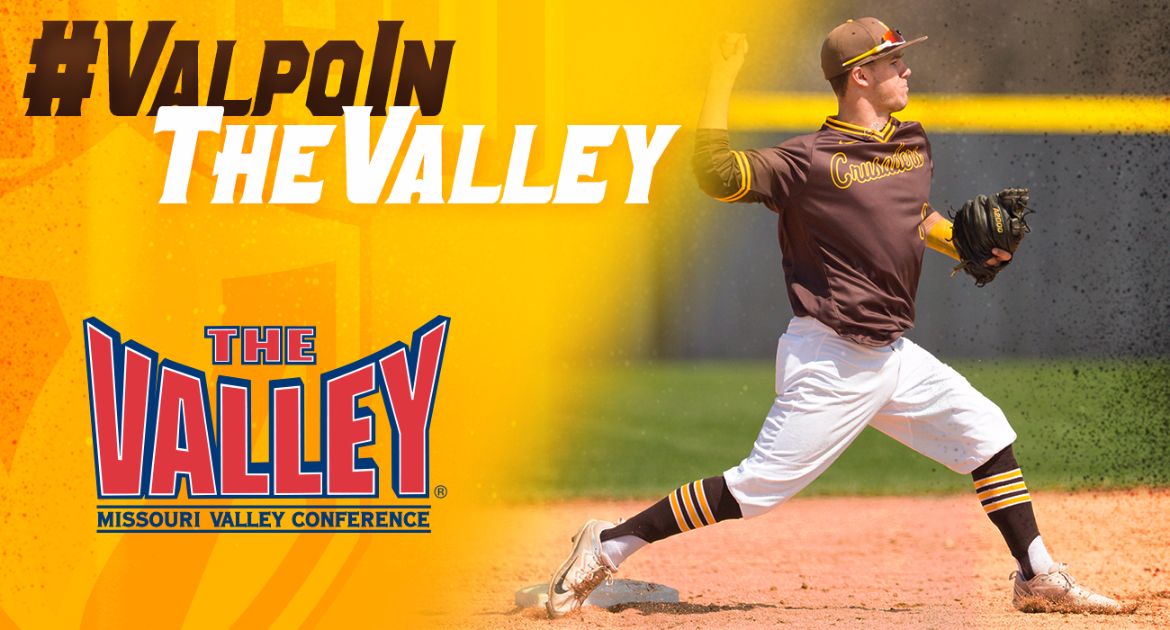 Continuing the #ValpoInTheValley series, which will take a look at each of the Missouri Valley Conference’s 17 sports, is baseball. Learn about the landscape of The Valley in baseball, how Valpo has fared against opponents from The Valley in the past, and hear from head coach Brian Schmack as he talks about what the program is looking forward to entering its first season of MVC competition and who will lead the way in 2018 for his team.

Valpo is one of seven full member institutions in The Valley which sponsor baseball. The Crusaders join Bradley, Evansville, Illinois State, Indiana State, Missouri State and Southern Illinois on the diamond, while Dallas Baptist University is an affiliate member of the league in baseball as well.

The Crusaders earned 24 victories during the 2017 campaign and closed their final season as a Horizon League member with a fourth-place finish.

The Valley sent a pair of teams to the NCAA Tournament last season in DBU and Missouri State, a regular occurrence of late for the conference. 2017 was the fourth time in the last six seasons that two or more MVC squads earned NCAA Tournament bids, while in 2015, the conference sent three schools to the postseason.

Missouri State advanced to the Super Regionals last year, marking the fifth time in the last 15 seasons an MVC program has made it out of the Regional round. Missouri State is also the last program to make it to Omaha and the College World Series, as the Bears made their first visit to the CWS in 2003.

14 players who played collegiately at current Valley schools have made appearances for Major League Baseball clubs this season. In addition, this past June, 24 MVC student-athletes were selected during the MLB Player Draft – the most selections from The Valley since 2007.

Valpo Versus The Valley

Valpo has little recent history with the other seven MVC programs on the baseball diamond, but did claim a victory last year in their lone game against another current MVC team.

The Crusaders went on the road in mid-week action in early April to Illinois State and came away with a 4-3 victory in extra innings. Valpo also played DBU in a three-game series in Dallas two years ago, winning one game and dropping a one-run decision in one of the other contests, while the Crusaders claimed victory last time they played Bradley in 2009.

Going back through the years, however, Valpo does have a lengthy history with former ICC rivals Evansville and Indiana State on the diamond. The Crusaders are 35-18 all-time versus Evansville, while they have captured 30 wins in the series with Indiana State as well.

The Valley plays a round-robin schedule in baseball, with each team playing one three-game series against each of the other seven conference teams.

All eight teams make the MVC baseball tournament, which will be hosted this season by DBU at Horner Ballpark – which has been ranked among the nation’s top-20 Division I stadiums – from May 23-26, 2018. The tournament is set up in two four-team pods, with a double-elimination format out of each pod to advance to the championship game. Once in the title game, it’s a winner-take-all, one-game affair.