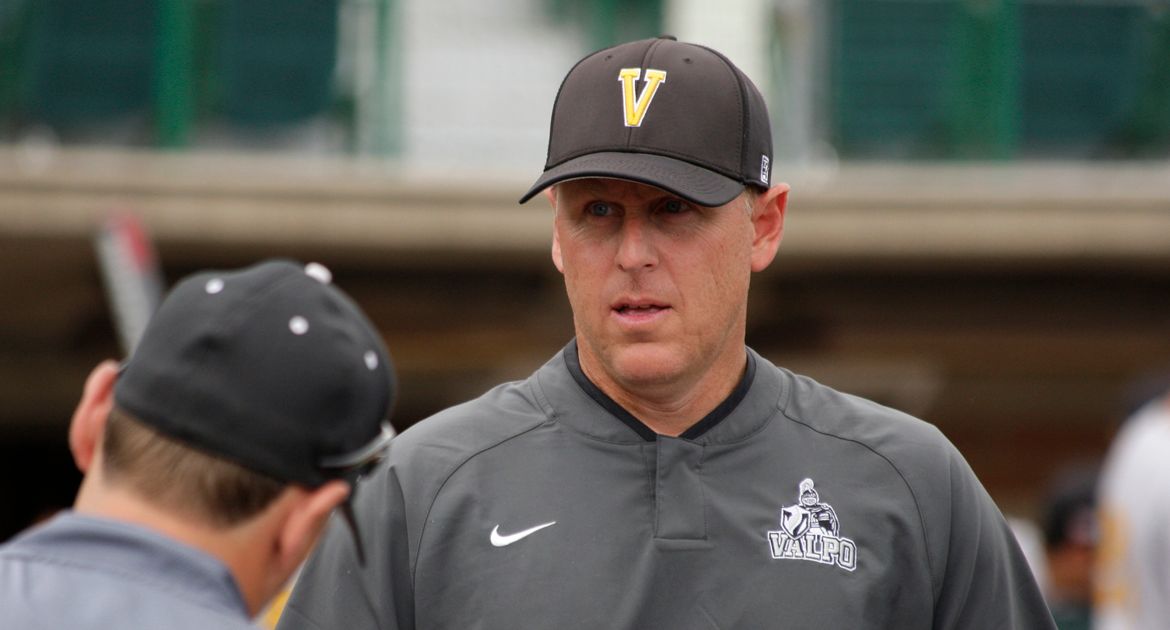 Head coach Brian Schmack announced eight additions to the Valpo program for the 2019 season on Monday.

The Valparaiso University baseball team has announced a group of eight individuals who have signed National Letters of Intent to join the Crusaders for the 2018-19 academic and athletic year.

“I would like to thank (recruiting coordinator) Ben Wolgamot and (assistant coach) Nic Mishler for their work in helping identify student-athletes who fit both our team and the University as a whole,” head coach Brian Schmack said. “I’m very pleased with the caliber of the players we have coming in next season and I believe they will have a positive impact on the future of the program."

Schmack’s Thoughts: “Damon is a high-level infielder who can handle the bat. He should be a good addition to the lineup right away.”

Thoughts from Coffeyville Coach Jake Martin: “We are excited for Damon; he has worked hard to get where he is at on the field and in the classroom. He will be a big part of what we do here at Coffeyville this spring.”

Schmack’s Thoughts: “Tanner has a big frame and is a good right-handed arm who throws a lot of strikes. He has had good success at the junior college level. He’s a guy who can come in and compete for a spot in the rotation right away.”

Thoughts from Potomac St. Coach Doug Little: “Tanner has a huge upside – at 6-5 there's tremendous room for his continued growth and development. He has an incredible work ethic and his best days are ahead of him. I would love to be in his shoes.”

Schmack’s Thoughts: “Zach is an athletic right-handed pitcher who is a three-sport athlete in high school. He absolutely pounds the zone with four pitches and had a ton of success last year at Buffalo Grove, one of the top teams in the state. He’s going to be one of their top arms again this season.”

Thoughts from Buffalo Grove Coach Tim Miller: “Zach is a three-sport athlete at Buffalo Grove and one of the top pitchers in the state. He is one of the leaders of our baseball program and we are looking for big things from him this spring. I feel that Zach's best baseball is ahead of him and he will have a bright future at Valparaiso."

Schmack’s Thoughts: “Keegan has a quick arm and really pounds the zone. He’ll be a guy who comes in ready to compete. He can throw his breaking ball for a strike in any count. He’s had a lot of success at the high school level.”

Thoughts from Plainfield North Coach John Darlington: “Keegan is a hard working player that is very coachable.  We wish him the best of luck at Valparaiso University.”

Worth Noting: Colin’s father Timm is a 1990 Valpo graduate and played for the Crusaders.

Schmack’s Thoughts: “He got better every time we saw him. He’s progressing in the right way. From where we saw him early in the spring to where we saw him late in the summer in the Illinois summer state tournament, he became bigger and stronger and his velocity jumped significantly. He’s another athletic arm to add to our staff.”

Thoughts from Libertyville Coach Matt Thompson: “Colin has had two great years on the mound for Libertyville and will look to take the Wildcats to the next level this year. He features a fastball that sits right at 90 and a great slider. Additionally, Colin has been consistent with his control. He often paints the corners and frustrates hitters by changing speeds.”

Schmack’s Thoughts: “Jim is someone who has made a huge jump this fall. His velocity is up to 89-92 mph. He’s gotten stronger and much better through his first year in college. He’s going to come in and help us right away.”

Thoughts from Heartland Coach Brian Furlong: “Jim’s a front line arm, a terrific worker and a tremendous competitor. I think he will make an immediate impact. Valparaiso is getting an outstanding pitcher, a first-class teammate and great person.”

Worth Noting: Jake is the brother of current Valpo junior catcher Scott Kapers.

Schmack’s Thoughts: “Physically, he’s done a really good job in the weight room. He’s strong and he’s getting better and better behind the plate. He receives really well. Much like Scott, he’s a tough kid. He knows the program with Scott being here, and that’s going to help us early in his career.”

Thoughts from Mt. Carmel Coach Brian Hurry: “Jake is as good as it gets defensively and a real leader on the field. His tremendous work ethic will allow him to continue to develop into an outstanding player at the next level."

Schmack’s Thoughts: “He’s an athletic outfielder and a left-handed hitter who runs and throws well. He has good pop, and once he puts it all together he could be a pretty special player. He’s a kid who has extreme upside.”

Thoughts from Plymouth Coach Ryan Wolfe: “Jeremy exemplifies what it means to be a student-athlete. His work ethic both on and off the field is what has gotten him to where he is today. I am proud of what he has accomplished here at PHS and look forward to watching him as a Crusader.”