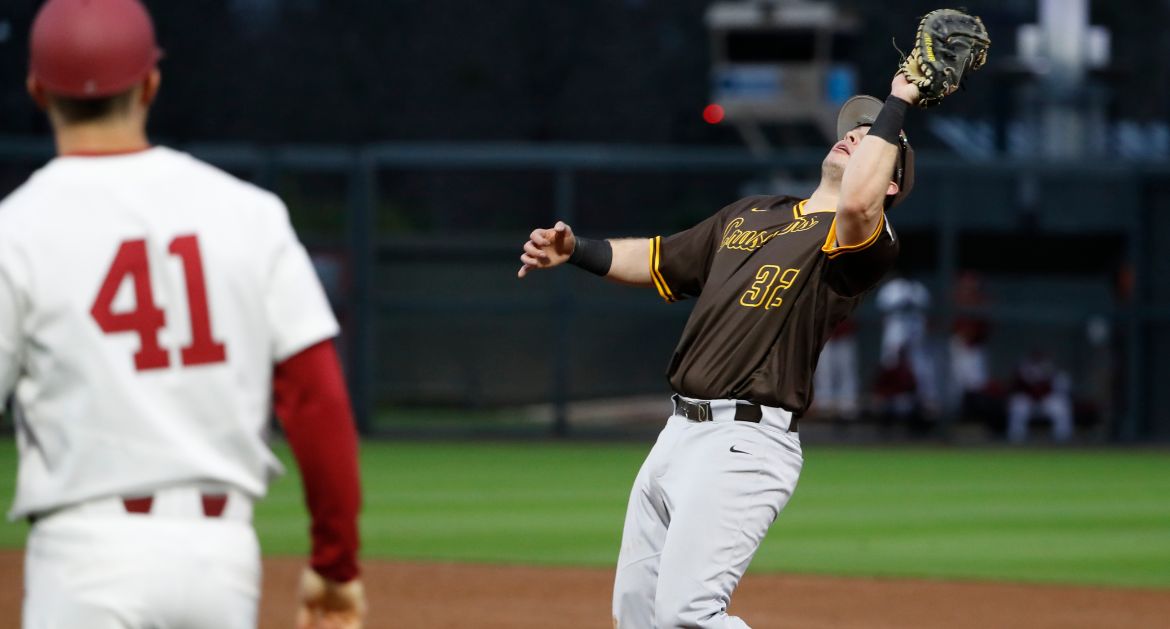 Zack Leone had three hits in his Valpo debut on Friday.
Valparaiso at Alabama | February 16, 2018

The Valparaiso University baseball team saw a pair of newcomers enjoy noteworthy debuts on Friday at Sewell-Thomas Stadium in Tuscaloosa, Ala., but the Crimson Tide defended their home field with a 16-2 victory on Opening Day. An eight-run fourth inning turned the tide, transforming a one-run Valpo edge into a seven-run deficit.

“It wasn’t the result we were looking for, but believe it or not given the score, we did some things well in this game. We hit the ball hard all game, but when Finnerty got into trouble, he made some quality pitches. We allowed too many free bases to beat anyone.”

The Crusaders and Crimson Tide will play the middle game of the three-game weekend series on Saturday at 2 p.m. CT at Sewell-Thomas Stadium. The contest will be broadcast on SEC Network+, which can be accessed via WatchESPN and is free by logging in using your cable provider.  Eli Gold (play-by-play) and Lance Cormier (color commentary) will describe the action as fifth-year senior RHP Trey Ferketic makes his Valpo debut opposite Alabama righty Jake Walters.