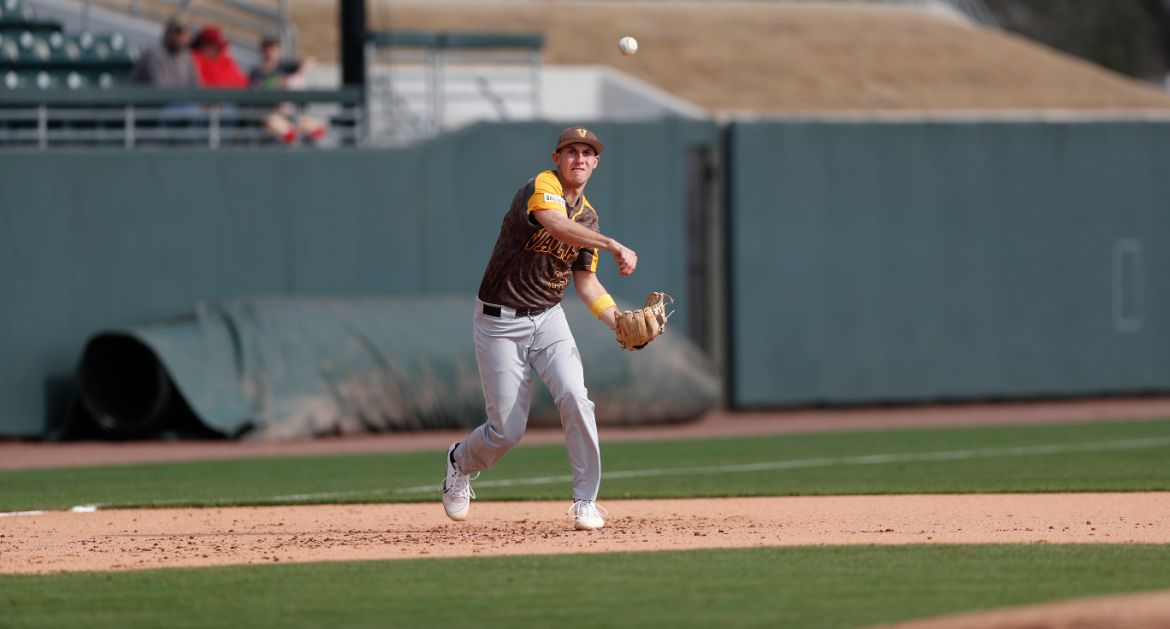 Sam Shaikin was one of four Crusaders to enjoy multi-hit days on Saturday.
Valparaiso at Alabama | February 17, 2018

The Valparaiso University baseball team scored five runs in the first four innings against Alabama on Saturday afternoon at Sewell-Thomas Stadium in Tuscaloosa, but the bats went quiet after that and the Crimson Tide eventually rallied from 5-1 down to capture a 6-5 victory in walk-off fashion.

The Crusaders and Crimson Tide will close out the series on Sunday afternoon at 1 p.m. CT at Sewell-Thomas Stadium. The game can once again be seen on WatchESPN, this time without a full broadcast setup. The contest will still feature live video and the radio call courtesy of Chris Stewart (play-by-play) and Lee Tracey (color commentary). RHP Wes Gordon will make his season debut in Sunday’s series finale, while Alabama has tabbed RHP Sam Gardner as its starting pitcher.