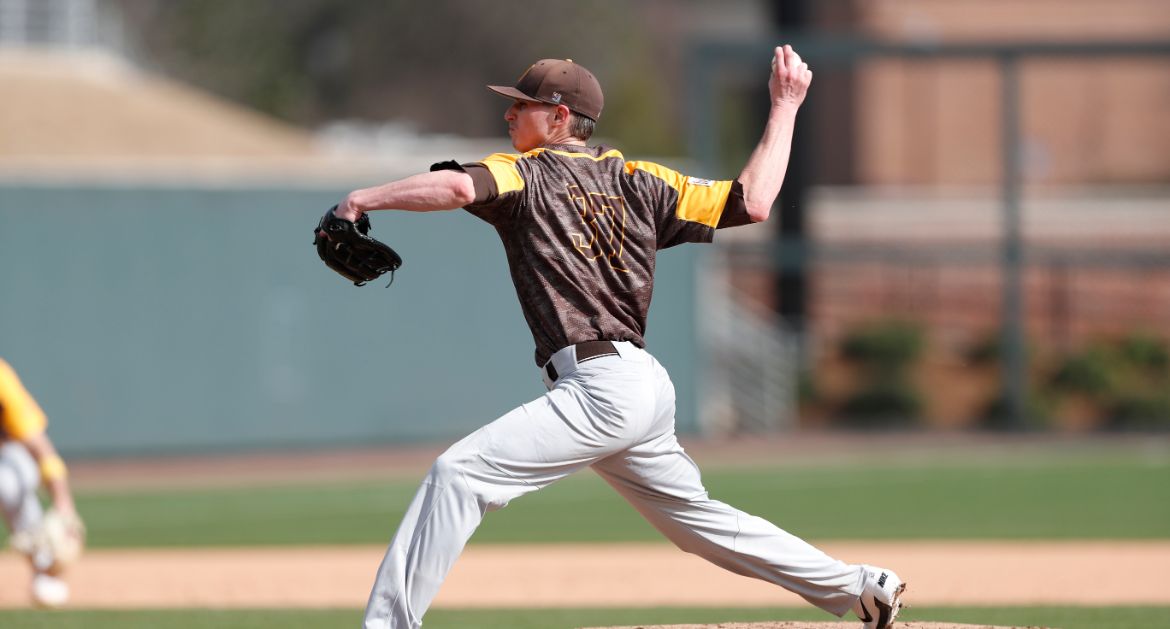 Trey Ferketic allowed no runs and just one hit over five innings in a win over Oklahoma.
Valparaiso at Oklahoma | February 24, 2018

The Valparaiso University baseball team started its weekend in Norman, Okla. by upstaging the host Oklahoma Sooners, a Big 12 team that received 46 votes in the USA Today Preseason Coaches Poll. The Crusaders dominated from the outset, scoring three in the first and six in the second on the way to the 11-4 victory. Starting pitcher Trey Ferketic (Laguna Niguel, Calif. / JSerra [UC San Diego]) twirled a gem to capture his first win in a Valpo uniform.

The Crusaders will play Holy Cross on Saturday night in the second game of the day.