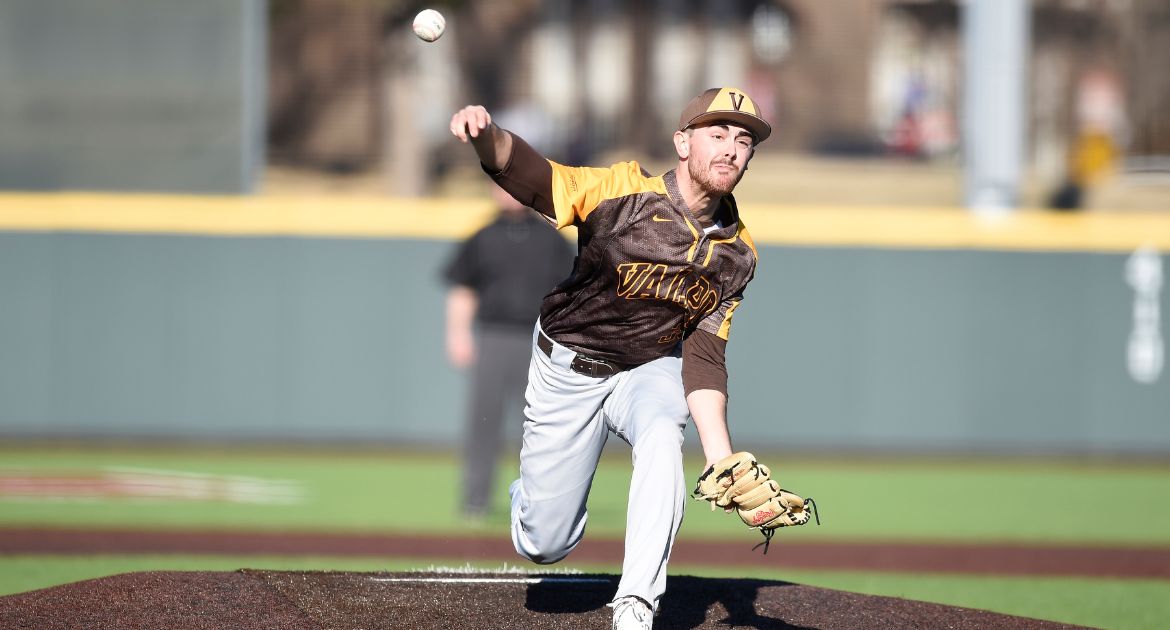 Wes Gordon tossed nine innings and struck out seven while issuing no walks on Sunday.
Valparaiso at Oklahoma | February 25, 2018

Starting pitcher Wes Gordon (Gurnee, Ill. / Warren [Lake County]) had his finest day in a Valpo uniform on Sunday at L. Dale Mitchell Stadium in Norman, Okla. and the Crusaders pushed across a game-tying run in the ninth, but Oklahoma prevailed 3-2 in 10 innings in the weekend finale. The Crusaders outhit the Sooners 11-6 in the contest.

The annual spring break trip will begin in Phoenix, Ariz. on Friday, March 2. The Crusaders face CSUN at 4 p.m. CT for the first of four games in Phoenix – two against CSUN and two against Grand Canyon.