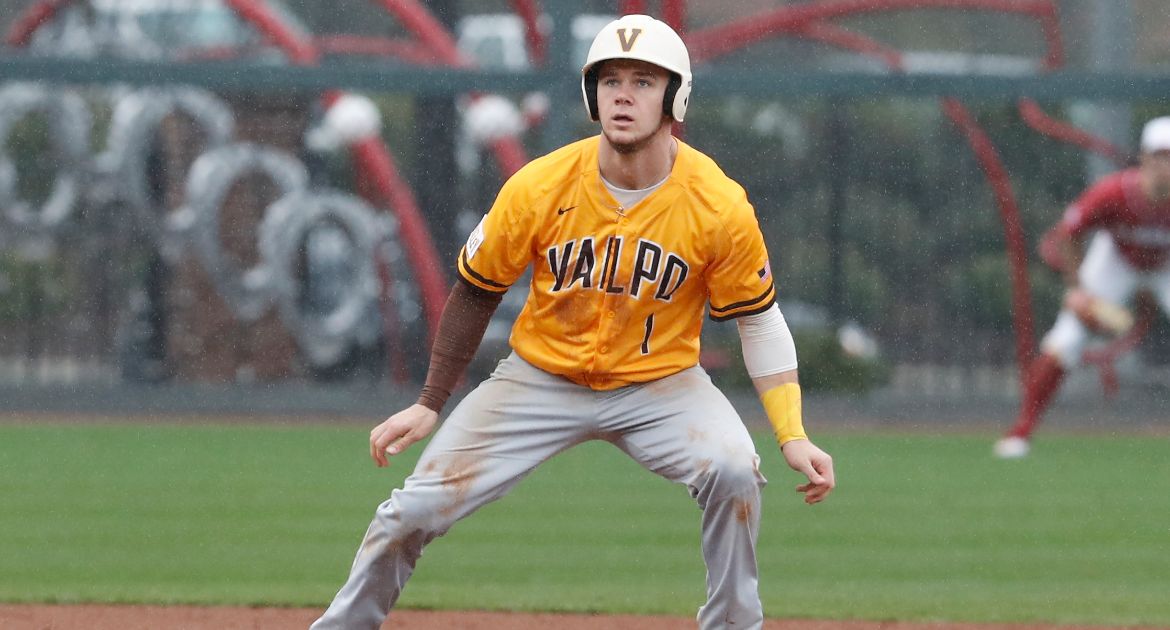 Chase Dawson had a career-high five hits on Friday against CSUN, including a game-tying homer in the ninth.
Valparaiso at Cal State Northridge | March 02, 2018

If there’s one thing the Valparaiso University baseball team has proven through the first seven games of the 2018 season, it’s that the Crusaders can score against anybody. Trailing 13-4 entering the frame, they scored in the ninth inning of Friday’s GCU Classic opener against CSUN. And they scored. And they scored. And they scored. Eventually, Chase Dawson (Chesterton, Ind. / Andrean) drilled a two-run, game-tying home run to cap an improbable nine-run frame, but the Matadors went on to win 14-13, sending Valpo to their third walk-off loss in five defeats this year.

The GCU Classic continues on Saturday as the Crusaders take on the host Antelopes at 7 p.m. CT. That game will be broadcast via YouTube Live as Valpo RHP Trey Ferketic pitches against Grand Canyon southpaw Jake Repavich. Valpo center fielder Jayden Eggimann will have the chance to play against his former team, as he played for Grand Canyon his freshman season.