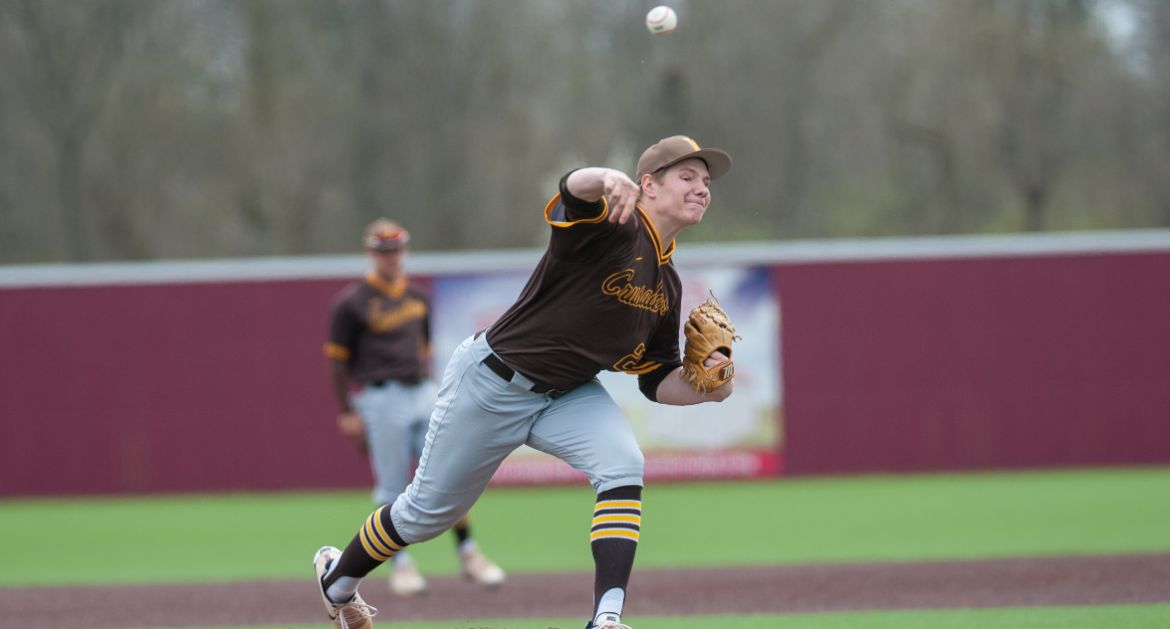 Next Up in Crusader Baseball: The Valparaiso University baseball team will step outside of Missouri Valley Conference action this weekend for a three-game series against Big Ten foe Michigan State. This marks the second of three Big Ten squads Valpo will oppose this season, as they played Purdue earlier in the year and will visit Illinois next week. The Crusaders and Spartans altered this weekend’s slate to dodge raindrops and will now play a doubleheader on Friday and a single game on Saturday.

Last Time Out: The Crusaders scored in seven of their eight offensive innings, posted crooked numbers in five of the first six frames and plated seven runs in both the first and sixth on their way to a 23-5 rout of former Horizon League foe Milwaukee on a warm and windy Wednesday at Emory G. Bauer Field. Jayden Eggimann had a grand slam, finished a double shy of the cycle and drove in seven. Michael Mommersteeg was the winning pitcher after limiting the Panthers to three runs on six hits over six innings.

On the Air: All three games will air on BTN2Go ($) and the Spartan Sports Network. Links to live video, audio and stats will be available on ValpoAthletics.com.

Series Notes: The Crusaders and Spartans haven’t met since 1994 and have locked horns just three times in the history of the programs. Michigan State has won two of the three games, but Valpo took the most recent matchup 8-6 on March 14, 1994 at the Derby City Classic in Louisville, Ky. The other two games took place in Lansing, a doubleheader on May 3, 1987.

Runs Upon Runs: The Crusaders enjoyed their most prosperous offensive showing since April 2, 2010 in Wednesday’s 23-5 win over Milwaukee. That marked Valpo’s highest run total since scoring 26 runs against Chicago State eight years ago. In addition, Valpo has reached the 20-run mark twice this season (W 20-6 vs. Holy Cross on Feb. 24) after not scoring 20 runs in a game in any of the previous seven seasons. Valpo had 18 hits in the win over the Panthers, equaling a season high set on March 3 at Grand Canyon.

Eggimann’s Extraordinary Effort: Jayden Eggimann launched a grand slam, a two-run triple and an RBI single in Wednesday’s win over Milwaukee, becoming the second Valpo player this season to drive in seven runs in a game. Only four players in the entire Missouri Valley Conference have enjoyed seven RBI games this year, and two of them are Crusaders as Zack Leone drove in seven on March 17 at Arkansas Pine Bluff. Eggimann also became the second Valpo player to hit a grand slam this year, joining Chase Dawson (March 16 at Arkansas Pine Bluff).

Driving in Seven: Eggimann and Leone have joined a list that includes four other Valpo players who have had seven or more RBIs in a Valpo game over the last 10 years. Jake Hanson had eight RBIs against Oakland on May 15, 2016, and a pair of Crusaders enjoyed seven RBI outputs in 2015 – Dustin Beasley (March 3 at Western Carolina) and Nate Palace (March 7 at USC Upstate). Before that, no Valpo player had seven RBIs in a game since Steven Scoby on April 14, 2010 against IU Northwest.

Grand Slam Tracker: Like many offensive areas, Valpo has seen a considerable uptick in grand slams over the last four seasons. Valpo had one total grand slam from 2009-2014, and now has eight from 2015-2018.

RBI Machine: Eggimann has climbed into the team lead with 28 RBIs out of the No. 9 spot in the batting order. He is tied for fifth in the Missouri Valley Conference in that area. The other five players in the top six in the league in RBIs all hit in the top four in their respective batting orders.

Going the Distance: Valpo starting pitcher Trey Ferketic hurled a 130-pitch complete game in the middle game of this past weekend’s series at Southern Illinois, limiting the Salukis to two runs on two walks and nine hits while striking out seven. Ferketic became the first Crusader to throw a complete game since April 23, 2017, when Ellis Foreman went the distance in a 9-0 win over Wright State.

Five-Hit Day: Blake Billinger racked up five hits in Valpo’s 6-2 win over Southern Illinois on Saturday. He became the second Valpo hitter to post a five-hit game this season, joining Chase Dawson, who went 5-for-6 against CSUN on March 2, a 14-13 loss. Valpo has two five-hit games this season after having one (Nolan Lodden, 2016) in the previous seven years combined. Furthermore, Billinger became the first Crusader since Justin Frane on April 3, 2010 against Chicago State to go 5-for-5 in a game.

More Billinger ‘Bits: With leading hitter Zack Leone sidelined by an injury, Blake Billinger stepped up in a big way in the three-game series at Southern Illinois. He and Chase Dawson combined for all five of Valpo’s hits in Sunday’s series finale, three of which belonged to Billinger. The junior college transfer has a team-leading 14 multi-hit games and also leads the club with four three-hit contests. Billinger ranks second in The Valley in doubles with 13, behind only Dallas Baptist’s Jameson Hannah (14).

Triple Time: Valpo’s Chase Dawson notched his fourth triple of the season on Sunday at Southern Illinois. He took over sole possession of the MVC lead with four triples on the season. In the process, the Valpo junior became the first Crusader since Andy Burns in 2013 to have four triples in a single season.

In The Other Dugout – Michigan State: The Spartans are coming off an 8-7 loss on Tuesday night as their rally from an eight-run deficit came up short, ending a three-game winning streak. Head coach Jake Boss Jr. earned his 300th win on April 30, becoming the fastest coach to 300 wins in program history. Michigan State has 21 players from the state of Michigan on its roster. No Spartan is hitting above .300 with Justin Antoncic leading the way at .294. Michigan State is hitting .242 as a team and owns a 4.42 team ERA.