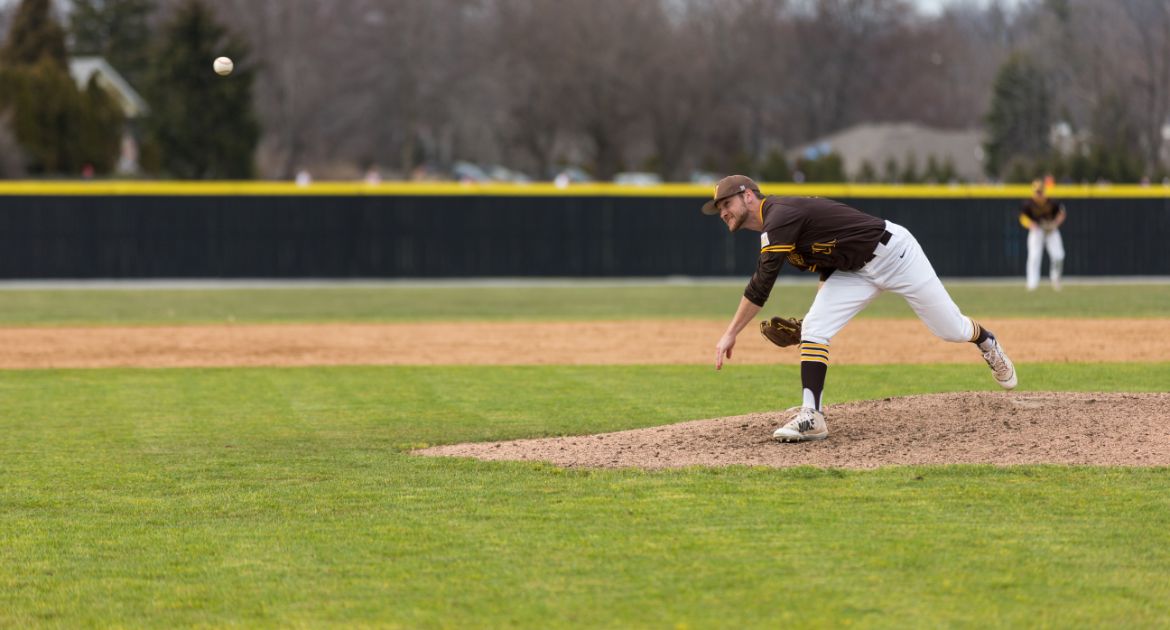 Next Up in Crusader Baseball: The Valparaiso University baseball team will be back in action on Wednesday as the Crusaders head to Notre Dame, Ind. to clash with the Fighting Irish, an instate foe from the Atlantic Coast Conference. Valpo will look to sustain the momentum from a successful week that saw the Crusaders win three of their four contests.

Last Time Out: After knocking off No. 25 Illinois 11-7 last Tuesday, the Crusaders enjoyed their first conference series win as members of the Missouri Valley Conference, taking two of three at Evansville over the weekend. Each of Valpo’s series in Valley play have hinged on a Sunday rubber match, and this past weekend was no exception after Valpo won Friday’s opener 7-2 and dropped Saturday’s middle-game 9-8. The Crusaders prevailed 6-1 in the Sunday finale to come home with a series victory.

On the Air: Tuesday’s game will be available on ACC Network Extra and Notre Dame radio. Links to live video, audio and stats are available on ValpoAthletics.com.

Series Notes: The Fighting Irish own a 74-21 edge in the all-time series, which started in 1958. The Fighting Irish are on the Valpo schedule for the seventh consecutive season. The 2011 season is the only one since 2000 the two teams haven’t met at least once. The Crusaders knocked off the Fighting Irish in 2012, but have dropped six straight since. Notre Dame beat Valpo 10-3 a year ago with Giovanni Garbella notching two of his team’s five hits.

Welcome to the Watch List: Valpo shortstop Sam Shaikin was named to the Brooks Wallace Award Watch List, which was announced by the College Baseball Foundation late last week. The honor puts Shaikin in elite company, a group of 53 of the most talented athletes in Division I college baseball. The award honors the nation’s top shortstop and will be presented this summer. The award is named after former Texas Tech shortstop Brooks Wallace, who played for the Red Raiders from 1977-1980. Wallace died of leukemia at the age of 27. Shaikin is one of five MVC shortstops on the list, joining Missouri State’s Jeremy Eierman, DBU’s Jimmy Glowenke, Southern Illinois’ Connor Kopach and Illinois State’s Owen Miller. The Missouri Valley Conference trails only the ACC (9) and the SEC (8) in number of players on the watch list.

Top 25 Win: On the exact 55-year anniversary of Valpo’s most recent win over Illinois, the Crusaders beat the No. 25 Fighting Illini 11-7 last Tuesday in Champagne. It marked just the second time all season Illinois had lost a game by more than three runs. The Crusaders also beat a Top 25 team in 2016, topping No. 25 Dallas Baptist 6-1. Illinois entered the game ranked 25th by Baseball America, 27th in the RPI and 17th by Collegiate Baseball Newspaper. Illinois had won five straight and 22 of its previous 27. The 11 runs are the most Illinois has given up in a loss all year.

Early Offense: Valpo has scored a first-inning run in five straight games, jumping out to the early edge before the Crusader starting pitcher ever takes the mound in each of those contests. This past week, the Crusaders made early exits for opposing hurlers a trend. They bounced Illinois' starter from the game before he recorded an out and scored four earned runs against him on Tuesday. In the weekend series, Evansville's starters lasted 3 2/3 innings, one inning and 1/3 of an inning against the Valpo offense. Opposing starting pitchers worked five total innings and had a 28.80 ERA against Valpo this past week.

To further illustrate the point, here’s a look at how the four starting pitchers who faced Valpo this past week faired.

Providing Relief: Valpo senior Hayden Kissee had a strong week out of the Valpo bullpen. First, he worked two scoreless frames to gain the win against nationally-ranked Illinois on Tuesday, his first victory of the season. Then, the right-hander worked out of a challenging jam after inheriting two baserunners with nobody out in the seventh inning in Sunday's 6-1 win over Evansville. Kissee induced a double play, got out of the inning with a shallow fly ball and went on to pitch three scoreless frames to close out Valpo's first conference series win since joining the MVC. Kissee was awarded his first save of the season.

Beating Big Ten Competition: After dropping the first game of a doubleheader at Michigan State in 12 innings on Friday, April 13, Valpo picked up a 7-6 win in the nightcap. This marks the third straight season Valpo has beaten a team from the Big Ten Conference, as the Crusaders knocked off instate foe Purdue each of the last two years. It was also Valpo's first one-run win of the season, as the Crusaders were previously 0-8 in games decided by the slimmest of margins. The Crusaders followed that with the 11-7 win over the Fighting Illini, the fourth Big Ten win Valpo has notched in the last three years and the second in a row.

Four-Hit Outputs: When Giovanni Garbella set a career high with four hits last week at Illinois, that marked the ninth time this season a Valpo player has had four hits or more in a game. In 2017, Valpo went the whole season without any four-hit games. Valpo also had nine in 2015, but the team hasn’t had 10 four-hit games in a year since 2010. Garbella had a string of five straight multi-hit games that lasted until Saturday at Evansville.

More on Gio: Garbella had seven hits in 15 at-bats (.467) while ripping a double and a homer as Valpo took three of four last week. He drove in six runs in four games and played a key role as Valpo knocked off No. 25 Illinois on Tuesday and then won its first Missouri Valley Conference series since joining the league over the weekend at Evansville. Garbella had a career-high four hits in the 11-7 victory over the nationally-ranked Fighting Illini on Tuesday. The Valpo senior also made significant contributions in Friday's 7-2 win over Evansville, launching his team-leading sixth home run of the season, racking up a season-high five RBIs (all in the first two innings) and recording his fifth straight multi-hit game.

Tieman Time: Sophomore RHP Tieman threw his first career complete game in Friday's 7-2 win over Evansville to open the three-game series. He scattered nine hits and permitted only two earned runs while racking up a season-high eight strikeouts. He earned his fourth win of the year, matching his season win total from his rookie campaign. The CG marked the third by a Valpo pitcher this season, all in the last three weeks.

Pitching Matchup: Canadian-born lefty Michael Mommersteeg will get the nod after receiving no decision last week at Illinois. He owns a 1-0 record with an 11.01 ERA. This will mark his ninth appearance and fourth start. He’ll be opposed by fellow southpaw Tommy Sheehan, who is 1-4 with a 6.59 ERA and will make his 10th start. Mommersteeg took the loss last year at Notre Dame, but three of the four runs he allowed in his two-inning start were unearned.

In The Other Dugout – Notre Dame: The Fighting Irish are coming off a series win against Virginia Tech over the weekend. After losing the opener 9-1, they used a pair of one-run victories on Saturday and Sunday to take the series, which featured a 12-inning marathon in the middle game. Nick Podkul, an Andrean product and high school teammate of Chase Dawson’s, is the team’s top hiter in terms of batting average at .320. He’s joined over the .300 line by Jake Johnson (.310) and Matt Vierling (.301), who also leads the team in home runs (6) and RBIs (31). Mike Aoki is in his eighth season in charge of Notre Dame baseball.