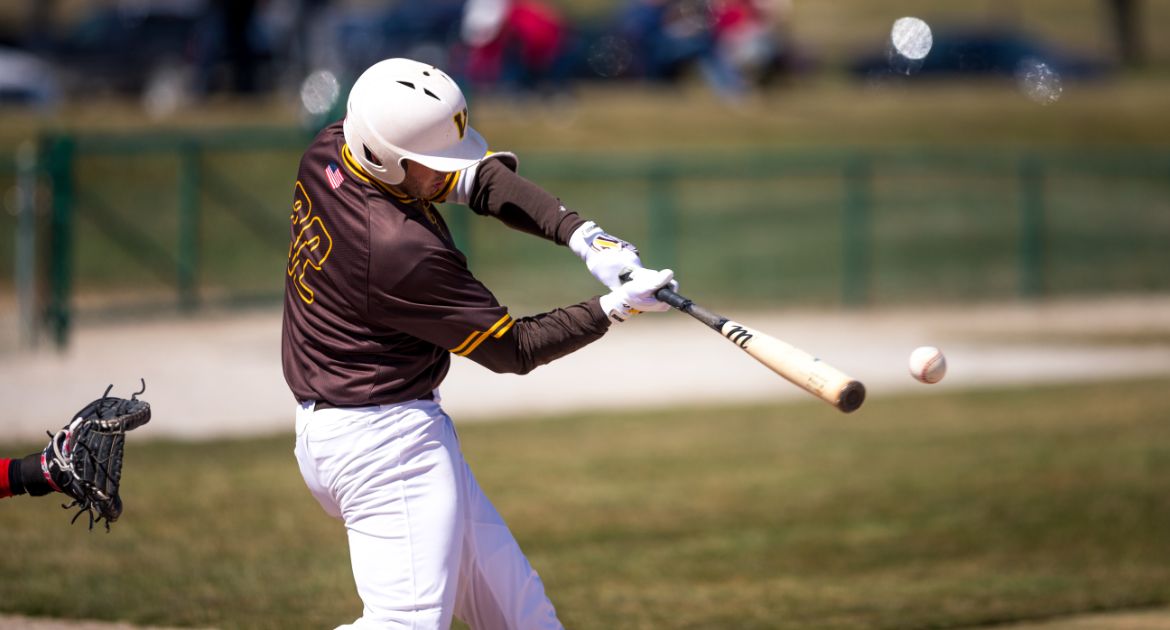 Next Up in Crusader Baseball: The Valparaiso University baseball team will welcome the Missouri Valley Conference preseason favorites to Emory G. Bauer Field this weekend for a three-game conference series. Dallas Baptist has won seven of its nine MVC affairs after hauling in seven of the eight first-place votes in the preseason coaches poll. This marks the first of two straight home weekends where Valpo will host programs with proud baseball traditions, as DBU and Missouri State – both teams that played in the NCAA Tournament a year ago – come to town for the first time.

Last Time Out: ACC foe Notre Dame edged Valpo 6-5 in a midweek matchup at Frank Eck Stadium in Notre Dame, Ind. on Wednesday. The Crusaders gave the Fighting Irish a late push by scoring two runs in the seventh and two more in the ninth, but Notre Dame held on to prevail 6-5 as the visitors left the potential tying run stranded at second base in the top of the ninth. Zack Leone had three doubles, Sam Shaikin ripped two extra-base knocks including a home run and Chet Joslyn tossed 2 1/3 innings of scoreless relief.

On the Air: All three games in the series will air on 95.1 FM Valparaiso, WVUR. Ben Ariano will narrate the play-by-play story throughout the series. The broadcast is also available online via the TuneIn Radio app. Follow @ValpoBaseball for in-game updates. Links to live audio and stats (StatBroadcast) will be available on ValpoAthletics.com.

Series Notes: The Patriots will make their first ever trip to Valparaiso this weekend. All four all-time meetings between the two teams prior to this series occurred in 2016, when host DBU took three of four. Dallas Baptist entered that series ranked 25th nationally. The Crusaders won 6-1 in the third game of the set, a contest that two current Crusaders participated in – Scott Kapers (2-for-4, 2 RBIs) and Chase Dawson (1-for-4).

Almost Only Counts in Horseshoes & Hand Grenades: The Crusaders incurred their 10th one-run loss of the season on Wednesday at Notre Dame. Nine of the 10 setbacks have come on the road for a team that has played 85.7 percent of its schedule away from Emory G. Bauer Field. The Crusaders are just 1-10 in one-run decisions with the lone win coming 7-6 over Michigan State in the second game of a doubleheader on April 13.

Six is The Magic Number: Valpo is just 1-18 this season when scoring five runs or fewer. When the Crusaders score six runs or more, they own a 13-3 mark. The only time Valpo came away with a win without reaching the six-run plateau was on March 30 vs. Bradley, a 5-2, 10-inning win. Furthermore, Valpo is 0-11 when scoring fewer than five runs.

The Race to One: Scoring first has been critical for the Crusaders this season. They are just 1-15 when the opposition plates the first run of the game, but own a 13-6 record when they strike first.

Garbella Gains MVC Recognition: Valpo outfielder Giovanni Garbella was selected as a Missouri Valley Conference Scholar-Athlete of the Week, presented by Enterprise Bank and Trust Company, for his performance in both the classroom and on the playing field last week. Garbella, a finance major, had seven hits in 15 at-bats (.467) while ripping a double and a homer as Valpo took three of four during the week. He drove in six runs in four games and played a key role as Valpo knocked off No. 25 Illinois last Tuesday and then won its first Missouri Valley Conference series since joining the league over the weekend at Evansville. Garbella became the first Valpo male athlete in any sport to capture MVC Scholar-Athlete of the Week honors. He joins a pair of Crusaders who won the MVC Female Scholar-Athlete of the Week award during the winter season – women’s basketball players Dani Franklin and Meredith Hamlet.

Welcome to the Watch List: Valpo shortstop Sam Shaikin was named to the Brooks Wallace Award Watch List, which was announced by the College Baseball Foundation late last week. The honor puts Shaikin in elite company, a group of 53 of the most talented athletes in Division I college baseball. The award honors the nation’s top shortstop and will be presented this summer. The award is named after former Texas Tech shortstop Brooks Wallace, who played for the Red Raiders from 1977-1980. Wallace died of leukemia at the age of 27. Shaikin is one of five MVC shortstops on the list, joining Missouri State’s Jeremy Eierman, DBU’s Jimmy Glowenke, Southern Illinois’ Connor Kopach and Illinois State’s Owen Miller. The Missouri Valley Conference trails only the ACC (9) and the SEC (8) in number of players on the watch list.

Early Offense: Valpo had scored a first-inning run in five straigh]t games before Wednesday’s contest at Notre Dame. Last week, the Crusaders made early exits for opposing hurlers a trend. They bounced Illinois' starter from the game before he recorded an out and scored four earned runs against him last Tuesday. In the weekend series, Evansville's starters lasted 3 2/3 innings, one inning and 1/3 of an inning against the Valpo offense. Opposing starting pitchers worked five total innings and had a 28.80 ERA against Valpo last week.

To further illustrate the point, here’s a look at how the four starting pitchers who faced Valpo this past week faired.

Providing Relief: Valpo senior Hayden Kissee had a strong week out of the Valpo bullpen. First, he worked two scoreless frames to gain the win against nationally-ranked Illinois last Tuesday, his first victory of the season. Then, the right-hander worked out of a challenging jam after inheriting two baserunners with nobody out in the seventh inning in Sunday's 6-1 win over Evansville. Kissee induced a double play, got out of the inning with a shallow fly ball and went on to pitch three scoreless frames to close out Valpo's first conference series win since joining the MVC. Kissee was awarded his first save of the season.

In The Other Dugout – Dallas Baptist: The Patriots come to Emory G. Bauer Field winners of each of their last eight weekend series. Their eight straight weekend series wins are their most since becoming a Division I program in 2004. Dallas Baptist has made seven NCAA Regional appearances in the last 10 years, produced 14 All-Americans since 2005 and 10 Freshman All-Americans since 2007. The Patriots have had 43 draft picks in Dan Heefner’s 10 years as head coach. They are one of only 18 teams nationally to have advanced to the NCAA Tournament in at least six of the last seven years. This game will feature the top two hitters in the Missouri Valley Conference in terms of batting average, as Devlin Granberg (.392) enters the weekend four points behind Leone. Granberg holds the conference lead in both slugging percentage at .615 (13 points ahead of second-place Garbella) and on-base percentage at .511 (11 points ahead of Leone). Jameson Hannah is the league leader in runs scored with 45. Entering this weekend, players in the DBU-Valpo series account for the individual conference leaders in the following offensive categories – batting average, slugging percentage, on-base percentage, runs scored, doubles, triples, home runs and bases on balls. Dallas Baptist plays its home games at Horner Ballpark, a venue that has been ranked among the best in collegiate baseball by multiple media outlets. The Crusaders will make their way to Dallas next month as the Patriots host the MVC Tournament.