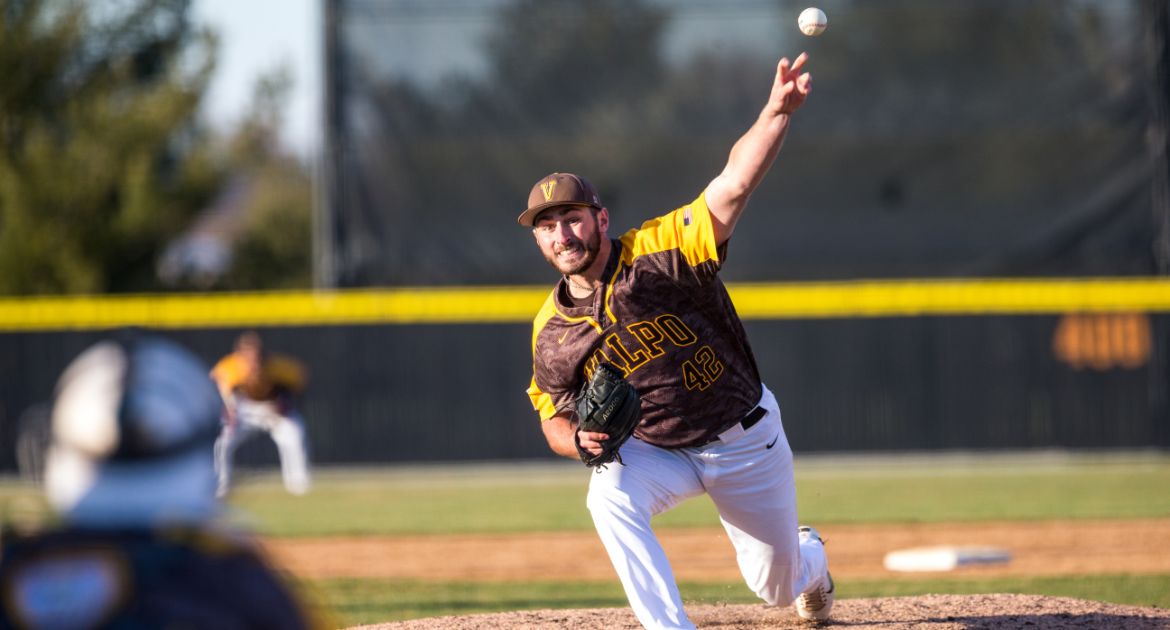 Jarrett Hammel threw two scoreless innings out of the Valpo bullpen on Tuesday.
Valparaiso at Northern Illinois | May 01, 2018

The Valparaiso University baseball team ventured to the alma mater of head coach Brian Schmack on Tuesday afternoon for its annual nonconference showdown with Northern Illinois. The Crusaders took a significant bite out of a 10-0 deficit with a seven-run eighth, but the Huskies held on for the 10-7 win at McKenzie Field in DeKalb.

The Crusaders will be back in action on Friday as they begin a three-game series against Missouri State at Emory G. Bauer Field. The first pitch is slated for 3 p.m. as the Crusaders and Bears go at it. The game can be heard on 95.1 FM Valparaiso and followed via live stats (StatBroadcast).