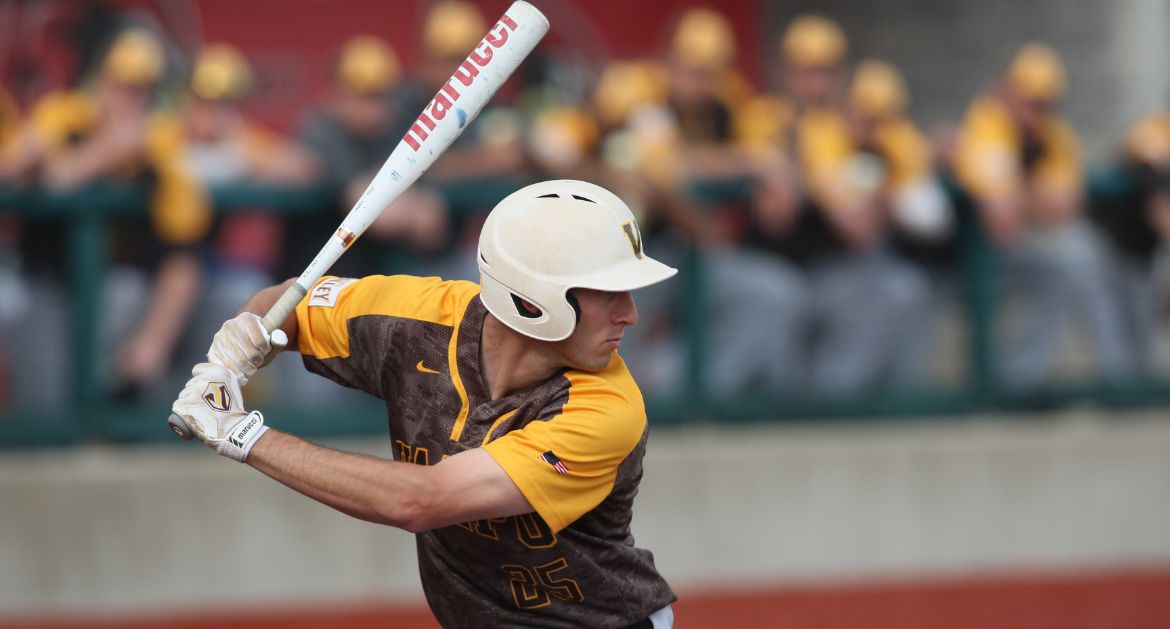 Sam Shaikin had two extra-base hits and drove in all three Valpo runs on Saturday.
Valparaiso at Illinois State | May 12, 2018

After waiting out a three-hour rain delay, the Valparaiso University baseball team was on the wrong end of a 13-3 score at Illinois State on Saturday night at Duffy Bass Field in Normal. The Redbirds used an eight-run second inning to set the tone and eventually invoked the 10-run rule in the bottom of the eighth. Junior Sam Shaikin (West Hills, Calif. / Chatsworth) drove in all three Valpo runs and launched his eighth home run of the season, moving into a tie for the team lead.

The series concludes on Sunday at 1 p.m. CT with Wes Gordon getting the ball for the Crusaders. Links to audio and stats are available on ValpoAthletics.com.