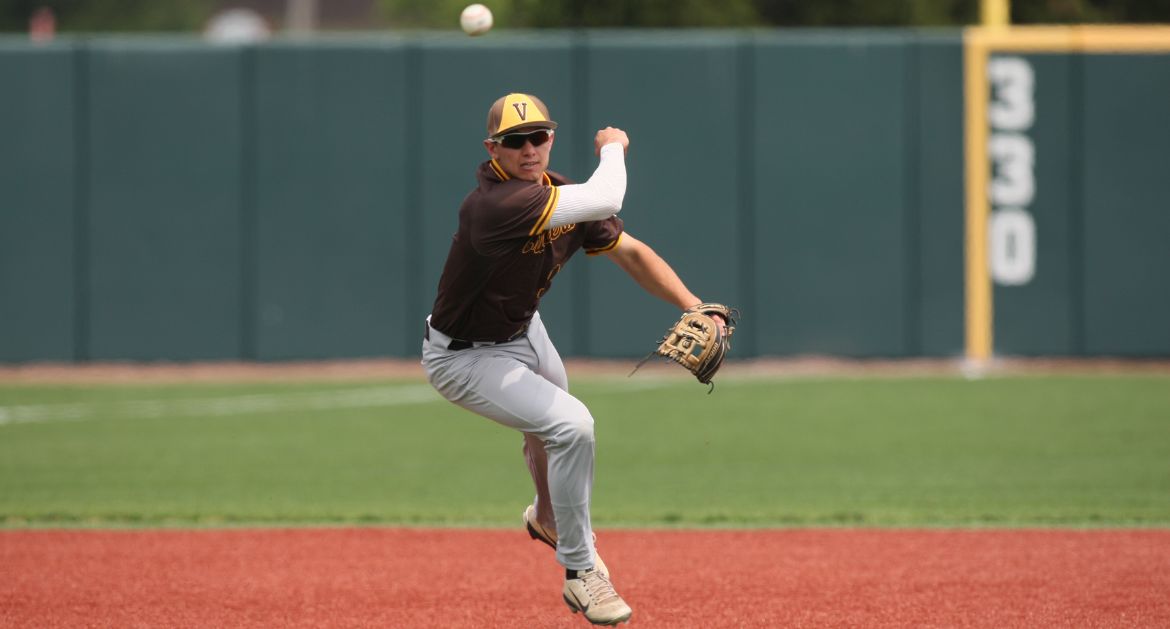 Chad Jacob accounted for one of his team's three hits on Sunday.
Valparaiso at Illinois State | May 13, 2018

The Valparaiso University baseball team fell 8-0 to Illinois State on Sunday afternoon at Duffy Bass Field in Normal, Ill. The Redbirds sprinted ahead 7-0 through two innings before the Valpo bullpen slowed them down to the tune of one run over seven frames. However, the Crusader offense was stymied by Illinois State starter Matt Walker, who pitched six shutout innings and garnered the win.

The Crusaders will be back in action on Tuesday as Chicago State comes to Emory G. Bauer Field. The first pitch for the nonconference finale is slated for 3 p.m. CT. The game can be heard on 95.1 FM Valparaiso with links to live audio (TuneIn Radio) and stats (StatBroadcast) available.