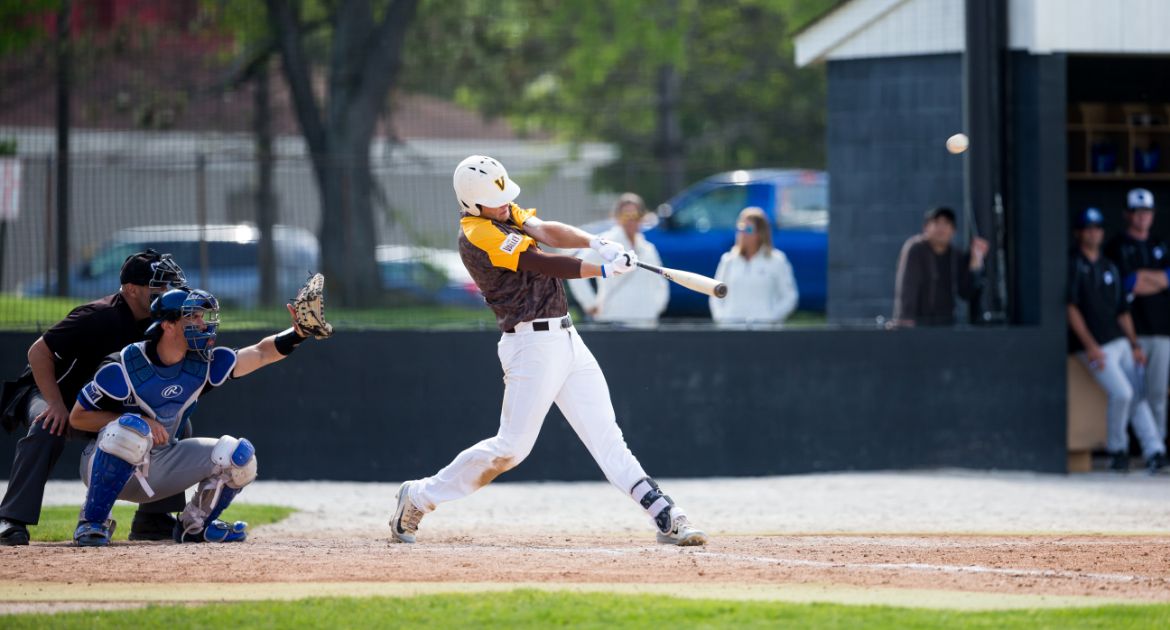 Blake Billinger matched a single-season program record with his 23 double of 2018 on Thursday.
Indiana State at Valparaiso | May 17, 2018
Related Links
Related Links

The Valparaiso University baseball team was hurt by one big Indiana State inning in Thursday’s series opener between the two Missouri Valley Conference foes at Emory G. Bauer Field. All six hits in the Sycamore sixth were singles, leading to a five-run uprising and an eventual 6-3 victory over the Crusaders. Blake Billinger (Los Gatos, Calif. / St. Francis [Mission]) tied the program record for doubles in a single season with his 23rd of the year in the eighth inning.

The Crusaders and Sycamores will play the middle game of the three-game series on Friday at 1 p.m. CT. Trey Ferketic will get the nod from head coach Brian Schmack. The game can be heard on WVUR, 95.1 FM Valparaiso and links to live audio and stats will be available.