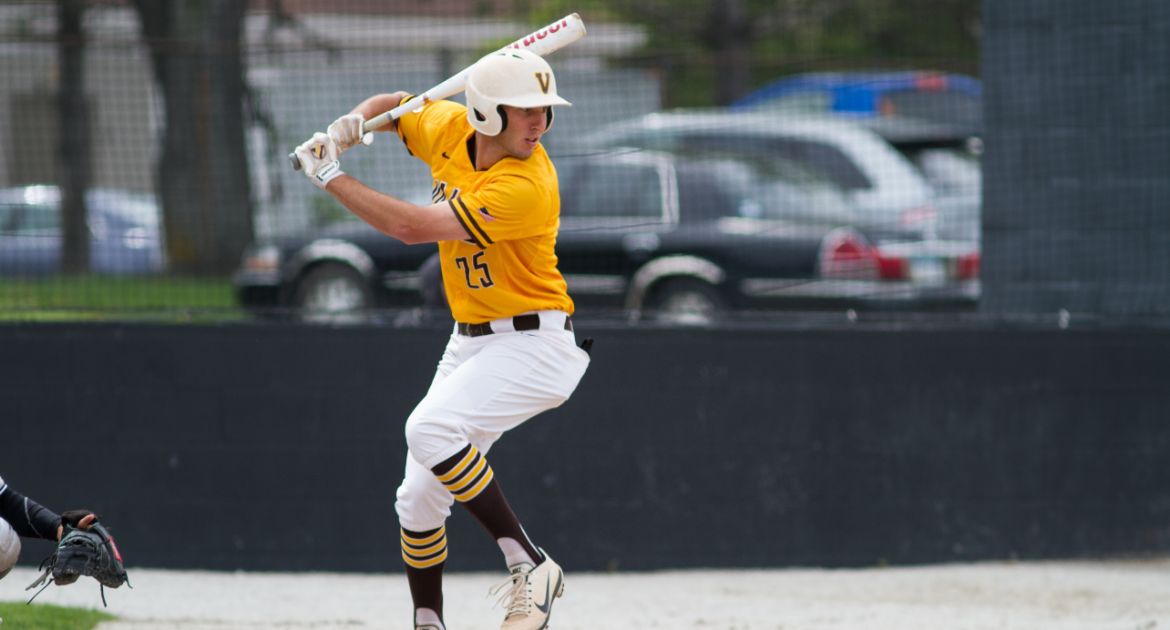 Sam Shaikin reached base three times on Friday.
Indiana State at Valparaiso | May 18, 2018

The Valparaiso University baseball team fell 16-0 to Indiana State on Friday afternoon at Emory G. Bauer Field. The Sycamores did all of their scoring in the first four innings in a game that was shortened to seven frames because of the 10-run rule.

The Crusaders and Sycamores will close out the series on Saturday with a 1 p.m. CT first pitch. The Senior Day festivities will begin at 12:25 as the Crusaders honor their 10-member senior class. The game and the Senior Day ceremony can be heard on 95.1 FM Valparaiso, WVUR with Ben Ariano (play-by-play) and Korey Schrock (color commentary) on the call. Links to live audio and stats are available.