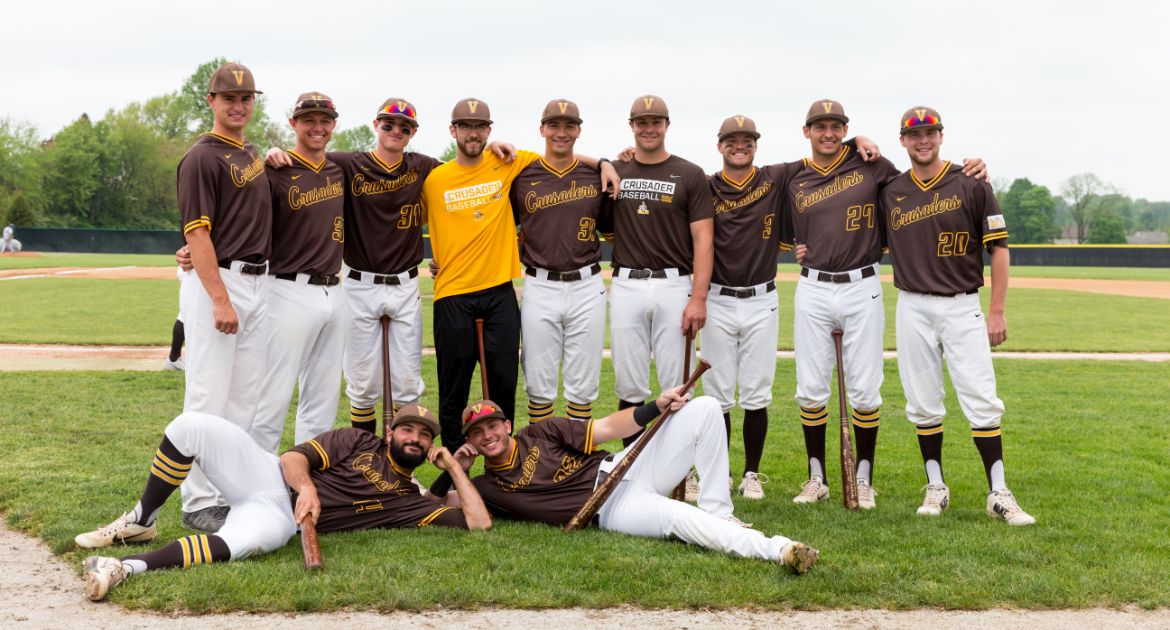 Valpo honored its 10 seniors and two senior managers prior to Saturday's game. (Not pictured is starting pitcher Wes Gordon, who was warming up in the bullpen.)
Indiana State at Valparaiso | May 19, 2018

The Valparaiso University baseball team celebrated its 10-member senior class on Saturday afternoon prior to the regular season finale against Indiana State at Emory G. Bauer Field. The Crusaders started five seniors and used four more out of the bullpen in an 8-2 loss to the Sycamores.

The Crusaders will begin the Missouri Valley Conference Tournament on Wednesday at Horner Ballpark in Dallas, Texas. Every game of the eight-team, double elimination event hosted by DBU will air on ESPN+.