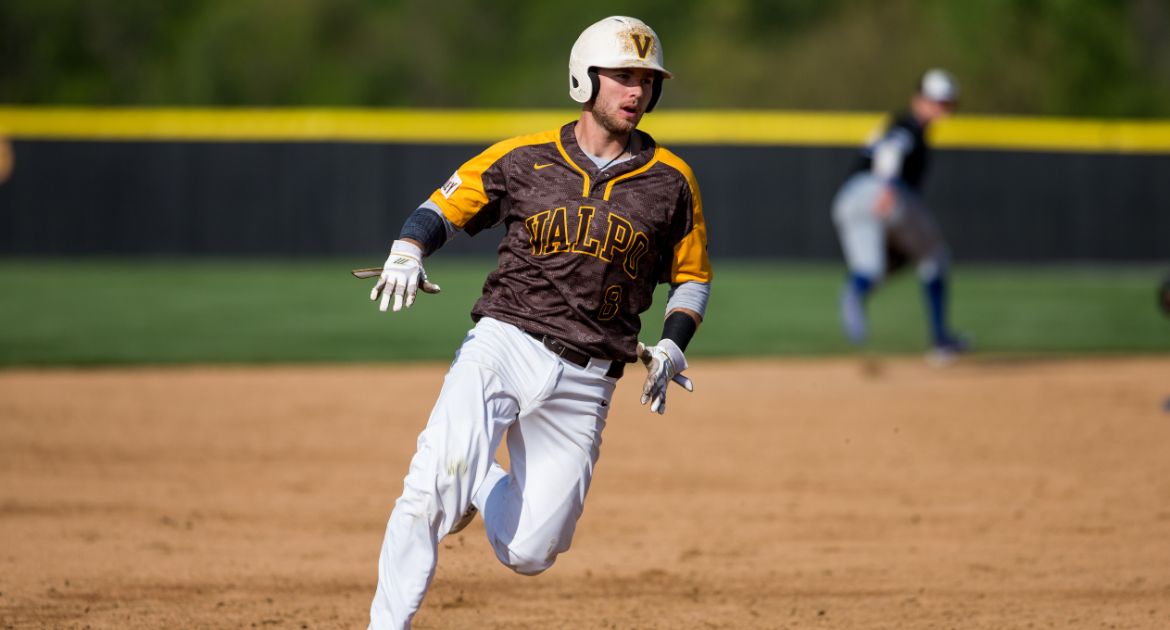 Next Up in Crusader Baseball: The Valparaiso University baseball team will spend the week in the Lone Star State as Dallas Baptist University hosts the 2018 Missouri Valley Conference Baseball Tournament. The eight-team, double-elimination event will commence on Wednesday and conclude on Saturday with the winner earning an automatic NCAA Tournament berth. The seventh-seeded Crusaders will face an immediate test in their tournament opener as they clash with host DBU, the No. 2 seed, under the Horner Ballpark lights to conclude the first day of MVC Tournament play.

Last Time Out: The Crusaders will look to rebound after dropping all three games against Indiana State this past weekend. The Sycamores captured a 6-3 win in a competitive series opener behind a five-run sixth inning. From there, Indiana State cruised to a 16-0 win on Friday and an 8-2 triumph on Valpo’s senior day on Saturday.

On the Air: Every game of the tournament will air on ESPN+. Scott Warmann (play-by-play) and Shane Dennis (color commentary) will be on the call for Wednesday’s game between the Crusaders and Patriots. Valley fans can take advantage of a free trial offer to watch the 2018 MVC Baseball Tournament from Dallas, Texas, on ESPN+. Proceed to https://plus.espn.com and click on the Start My 7-Day Free Trial tile. The free trial timeframe is for new ESPN+ subscribers only. Patrons will be auto-billed unless they cancel before the end of their free trial period. The subscription will automatically renew unless canceled and is subject to the ESPN+ Subscriber Agreement. Participants can cancel their subscription by logging into their account and clicking “My Subscription,” emailing or calling Customer Support at 1-800-727-1800. Pricing is subject to change. Links to live video and stats will be available on ValpoAthletics.com.

Series Notes – DBU: All four all-time meetings between the two teams prior to this season occurred in 2016, when host DBU took three of four at Horner Ballpark. Dallas Baptist entered that series ranked 25th nationally. The Crusaders won 6-1 in the third game of that series, a game that two current Crusaders participated in – Scott Kapers (2-for-4, 2 RBIs) and Chase Dawson (1-for-4). Valpo also picked up a win over DBU earlier this season when Valpo snatched the series finale 9-2 last month at Emory G. Bauer Field. Blake Billinger had three of Valpo’s seven hits, while Wes Gordon hurled a complete game and picked up the win, allowing two runs on just five hits. DBU owns a 5-2 lead in the all-time series.

Providing Relief: Several members of the Valpo relief corps have thrived late in the season. Perhaps the most noteworthy success story out of the pen of late has been sophomore lefty Jarrett Hammel, who transferred in after Division II Saint Joseph’s College (Rensselaer, Ind.) closed its doors. Over his last six outings, Hammel has not allowed a run – a span of 13 straight scoreless frames. Also ending the season on a high note was right-hander Luke VanLanen, who allowed two runs on just four hits in seven innings over three games in the final week of the regular season.

Doubling His Way Into the Record Book: Valpo’s Blake Billinger has etched his name atop the program’s all-time doubles list. He smoked his 23rd double of the season this past weekend against Indiana State, matching Kyle Muhlsteff’s single-season program record of 23 established in 2010. His next two-bagger will allow him to move into sole possession of the program record.

Six is The Magic Number: Valpo is just 3-28 this season when scoring five runs or fewer. When the Crusaders score six runs or more, they own a 15-4 mark. Valpo’s first win of the season when scoring fewer than five runs was on May 11, a 2-1 victory over Illinois State. They followed that with their second win of the year in such games on May 15, beating Chicago State 3-2.

Cardiac Crusaders: The Crusaders were down to their final strike with nobody on base down by a run on May 15 against Chicago State, but a pinch hit single by Riley Dent started the game-winning rally as the Crusaders eventually pulled out a 3-2 win over Chicago State. That marked the first time since March 26, 2016 Valpo has won when trailing after eight innings. The Crusaders had dropped 62 straight games when behind after eight. While one long streak ended, another one continued, as the Crusaders garnered their 22nd straight win in the head-to-head series with the Cougars.

5-for-5: Scott Kapers became the third Valpo player with a five-hit game this season on May 8 at Western Michigan, joining Chase Dawson and Blake Billinger. Before this year, Valpo hadn’t had more than one player post a five-hit game in any of the previous seven seasons. Kapers joined Billinger as the second Valpo player to go a perfect 5-for-5 this year after previously that feat had not been accomplished by a Crusader since 2010.

More Western Michigan Tidbits: Valpo and Western Michigan combined for 64 total bases, the most in a Valpo game since Valpo and Butler combined for 73 on April 26, 2008. Valpo totaled 35 bases, the most by the Crusaders since they had 40 on April 3, 2010 against Chicago State. Valpo had six hit batters in the game, the team’s most since at least 2005. The Crusaders also set 2018 game highs in home runs with four and matched two other games (against Milwaukee and Grand Canyon) for the season high for hits with 18.

A Weekend To Remember: The Crusaders picked up several signature wins in the same day on Feb. 24 in Norman, Okla. Valpo upended host Oklahoma, a team ranked 28th nationally, 11-4 in the first game of the day, before routing Holy Cross 20-6. Both Oklahoma and Holy Cross reached the NCAA Tournament last season. The 20 runs in a game were Valpo’s most since April 2, 2010 (26 against Chicago State) – a mark that has since been topped with a 23-run outpouring on April 11 vs. Milwaukee. The final game of the weekend in Norman saw the Crusaders take the Sooners to extra innings, but Oklahoma prevailed 3-2.