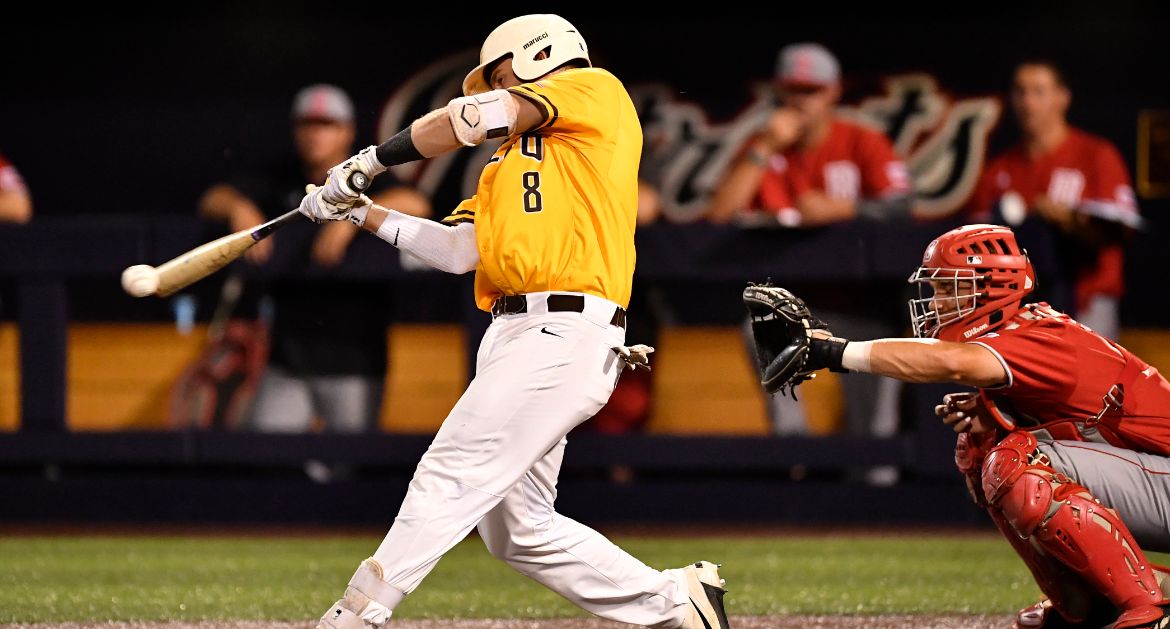 Scott Kapers ripped a two-run homer on Thursday.
Bradley at Valparaiso | May 24, 2018

The Valparaiso University baseball team simply wouldn’t go away on Thursday night and into the early hours of Friday morning in a winners’ bracket second-round Missouri Valley Conference Tournament game at Horner Ballpark in Dallas. Every time Bradley appeared to open the game up, the Crusaders had a response, but in the end the Braves prevailed 11-9 when the Crusaders stranded the bases loaded in the bottom of the ninth. Bradley finds itself one victory from the MVC championship game, while the Crusaders are forced into a quick turnaround for an elimination rematch with DBU on Friday afternoon.

The Crusaders will look to extend their head-to-head winning streak with Dallas Baptist to three on Friday afternoon, a game that starts at 12:30 p.m. The first pitch of Friday’s game is just over 11 hours after the final out of Saturday night’s game was recorded. The game will be broadcast on ESPN+ with Art Hains (play-by-play) and Brian Petrotta (color commentary) on the call. Links to live video, audio and stats will be available.