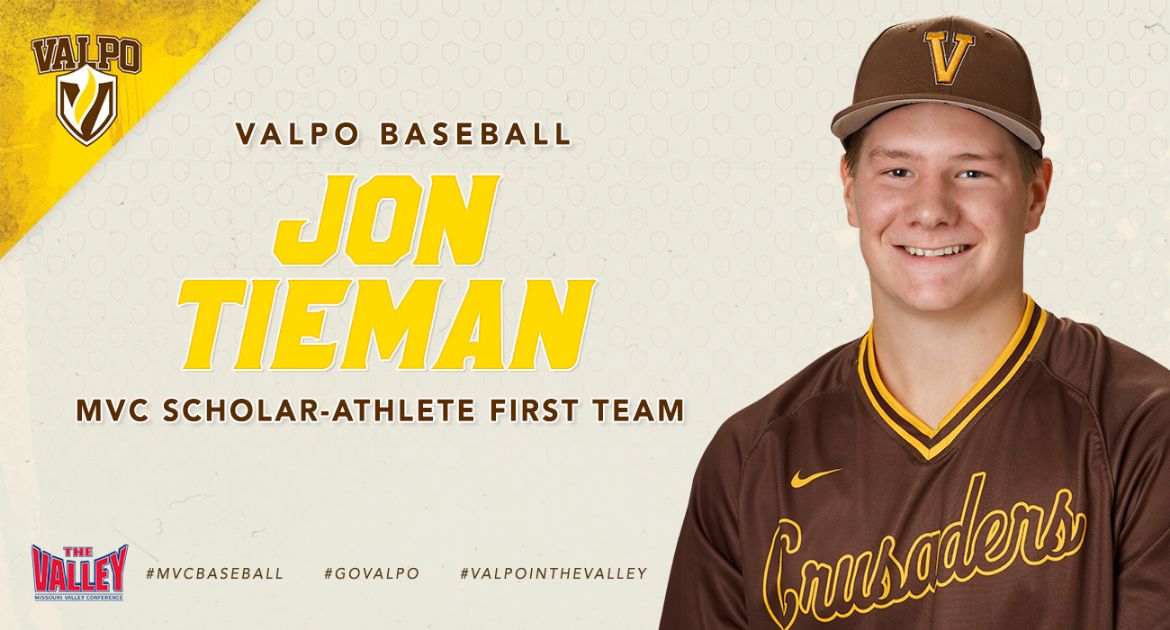 Tieman picked up a team-high five overall wins and went 2-3 with a 3.73 ERA in seven Missouri Valley Conference starts this year, hurling a pair of complete games against Valley foes. Perhaps his best outing of the season came on May 11, when he limited the Redbirds to one run in a complete-game 2-1 victory. The team’s Friday starter throughout the season, Tieman racked up a season-high eight strikeouts in a complete-game victory over Evansville on April 20. He began the season by becoming the first Valpo underclassman pitcher to start on Opening Day since 2009.

Tieman, who also received 2018 all-MVC Honorable Mention recognition, is one of 13 players and only four pitchers to gain Scholar-Athlete First Team recognition. He also thrives in the classroom, where he owns a 3.82 cumulative GPA in business.

Garbella received the honor after hitting above .300 for the second consecutive season. The senior became the first Valpo male student-athlete in any sport to win the MVC Scholar-Athlete of the Week award on April 25. He owned a 3.39 cumulative GPA in finance.

The Valpo right fielder had a career-high four hits on April 17 at Illinois, helping the Crusaders to an upset victory over the No. 25 Fighting Illini. Garbella had three extra-base hits including a home run and recorded the go-ahead RBI in a 7-6 win over Big Ten foe Michigan State on April 13 in East Lansing.