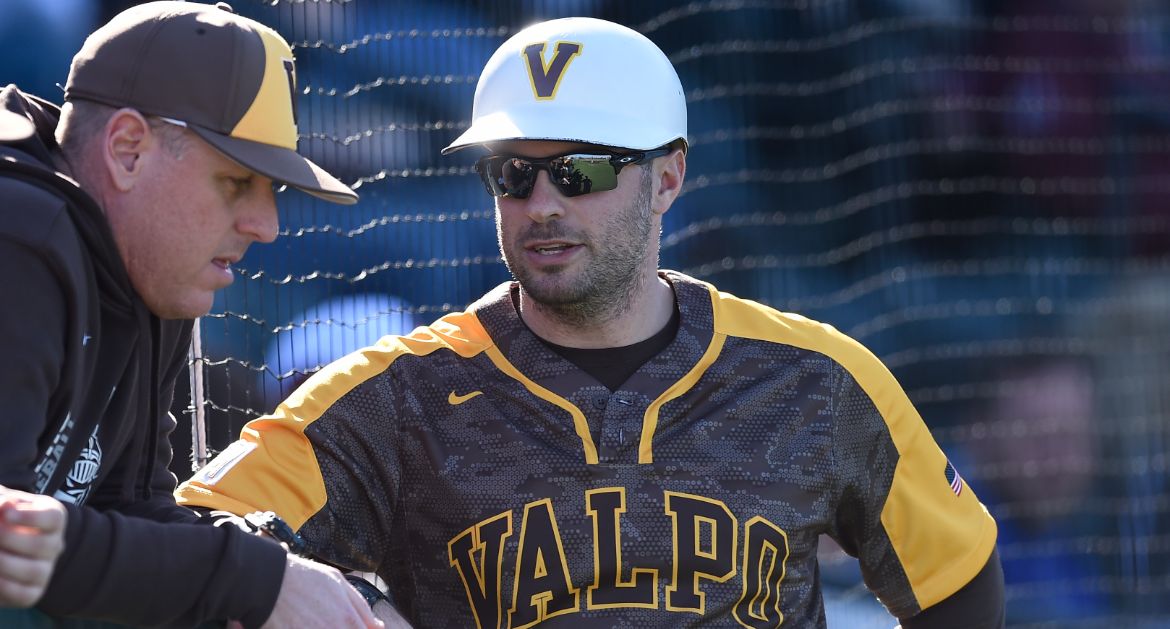 Kory Winter has served as a volunteer assistant at Valpo for the last three seasons.

Valparaiso University head baseball coach Brian Schmack has hired a familiar face to take over as the team’s hitting coach.

After thriving in his duties as a volunteer assistant over the last three seasons, Kory Winter has been named an assistant coach and hitting instructor as Valpo prepares for its 2019 baseball season.

“I’m excited for Kory to expand his role within our program,” Schmack said. “He’s proven himself to be very knowledgeable and has been an excellent representative of Valpo baseball during his first three seasons on staff. I’m thrilled for him to have the opportunity to continue to develop our players and take on a greater role. ”

In his new role, Winter will continue his duties as an outfield instructor while taking over recruiting and hitting responsibilities on Valpo’s staff.

“I very much enjoy working with Brian Schmack and being a part of his staff,” Winter said. “Being able to work with him for the last three years has been a tremendous pleasure, and I’m excited to continue to do so. His coaching style is very open-minded and he is a constant learner, which is extremely appealing to me. My wife and I love the Valpo area and everything the city has to offer. It’s somewhere we want to remain long term.”

Winter was on staff in 2016 as Valpo enjoyed the seventh 30-win season in program history. He was also a part of the department’s first season in the Missouri Valley Conference in 2018, a year that featured an upset conference tournament win over Dallas Baptist, a team that went on to receive an at-large NCAA Regional berth. Valpo totaled four wins against teams that finished the season in the Top 50 nationally in RPI (DBU twice, Oklahoma and Illinois). The Fighting Illini were ranked 25th nationally at the time of Valpo’s victory in Champagne.

Winter joins first-year assistant coach Casey Fletcher on Valpo’s staff as Schmack enters his sixth season at the helm in 2019.