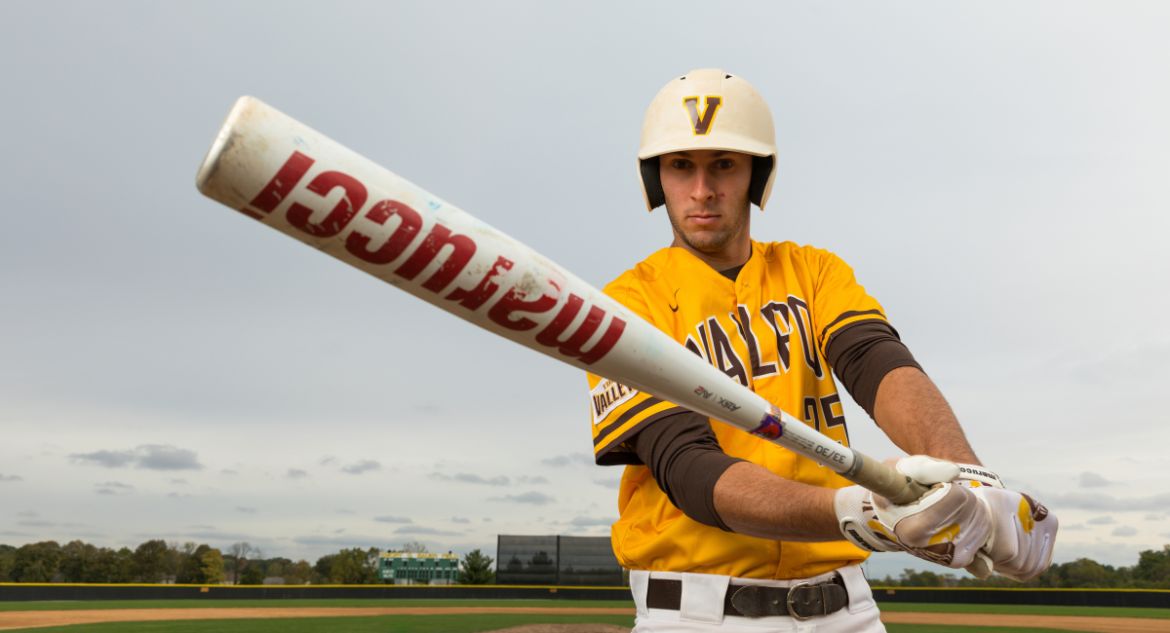 The Valparaiso University baseball program has unveiled its schedule for the 2019 season – a quality slate that features six opponents that played in NCAA Regionals last season.

The season gets going on Friday, Feb. 15 as Valpo begins a three-game series at Lipscomb in Nashville, Tenn. The Bisons are a first-time Valpo opponent. A stretch of 17 straight road games to start the season continues Feb. 22-24 in Jonesboro, Ark. for a three-game series against Arkansas State. Those will be the first games Valpo has played against the Red Wolves since 1948.

Valpo will start the month of March in Wilmington, N.C. to play UNC Wilmington March 1-3. The Seahawks are the defending Colonial Athletic Association champions after finishing with a 39-23 overall record and 14-9 conference mark a year ago. UNC Wilmington advanced to the NCAA Regional by virtue of winning the CAA Tournament before earning a pair of impressive victories in the Greenville Regional. The Seahawks, making their ninth NCAA appearance and fifth since 2012, had wins over Ohio State and East Carolina.

After a March 5 date with North Carolina A&T in Greensboro, Valpo will begin a three-game set at SEC foe South Carolina on March 8. For the second straight weekend, Valpo will face off with an opponent that reached the NCAA Regionals in 2018. In fact, South Carolina swept through the Greenville Regional with wins over Ohio State, East Carolina and UNC Wilmington and recorded a victory over No. 5 Arkansas in the NCAA Super Regionals. The Gamecocks have reached the College World Series 11 times and won national championships in 2010 and 2011.

A tough stretch continues on March 12 with a game at Tennessee Tech as Valpo faces a team that notched two victories over No. 2 Ole Miss to win the Oxford Regional last year. The Golden Eagles, who finished the season 53-12 and 27-3 in the Ohio Valley Conference, also took a game from No. 5 Texas in the NCAA Super Regional.

Valpo will be back in the Midwest for a three-game series against Northern Illinois from March 15-17, then the team will play its Emory G. Bauer Field opener on March 22, the start of a three-game set with Butler. The annual visit to West Lafayette is set for March 26 as Valpo faces yet another NCAA Regional team from a year ago. Purdue reached the NCAA Regional at Chapel Hill, finished 38-21 and went 17-6 in the Big Ten in 2018.

The Boilermakers aren’t the only Big Ten team on Valpo’s schedule, as the team will visit Michigan State on May 8. Midweek staples like Ball State (March 27), Chicago State (April 9 & April 30), Milwaukee (April 10), Western Michigan (April 16 & May 1) and ACC foe Notre Dame (April 23) are all back on the schedule. Valpo will play SIU Edwardsville for the first time since 2011 – a three-game series in Edwardsville, Ill. April 19-20.

Missouri Valley Conference play will begin at the same place it ended last season as Valpo visits Horner Ballpark in Dallas for a three-game series with perennial powerhouse DBU (March 29-31). The other MVC road trips are Indiana State (April 12-14), Bradley (May 3-5) and defending conference champion Missouri State (May 16-18). Valpo will host Illinois State (April 5-7), Evansville (April 26-28) and Southern Illinois (May 10-12). This year’s MVC Tournament will be hosted by Illinois State in Normal, Ill. from May 21-25.

Valpo competed in its first season in the Missouri Valley Conference in 2018, a year that featured an upset conference tournament win over DBU, a team that went on to receive an at-large NCAA Regional berth. Valpo totaled four wins against teams that finished the season in the Top 50 nationally in RPI (DBU twice, Oklahoma and Illinois). The Fighting Illini were ranked 25th nationally at the time of Valpo’s victory in Champagne. Valpo set a program record for fielding percentage for the second consecutive season in 2018, finishing at .973. In addition, the team ranked in the Top 5 in program history in doubles, home runs and walks.