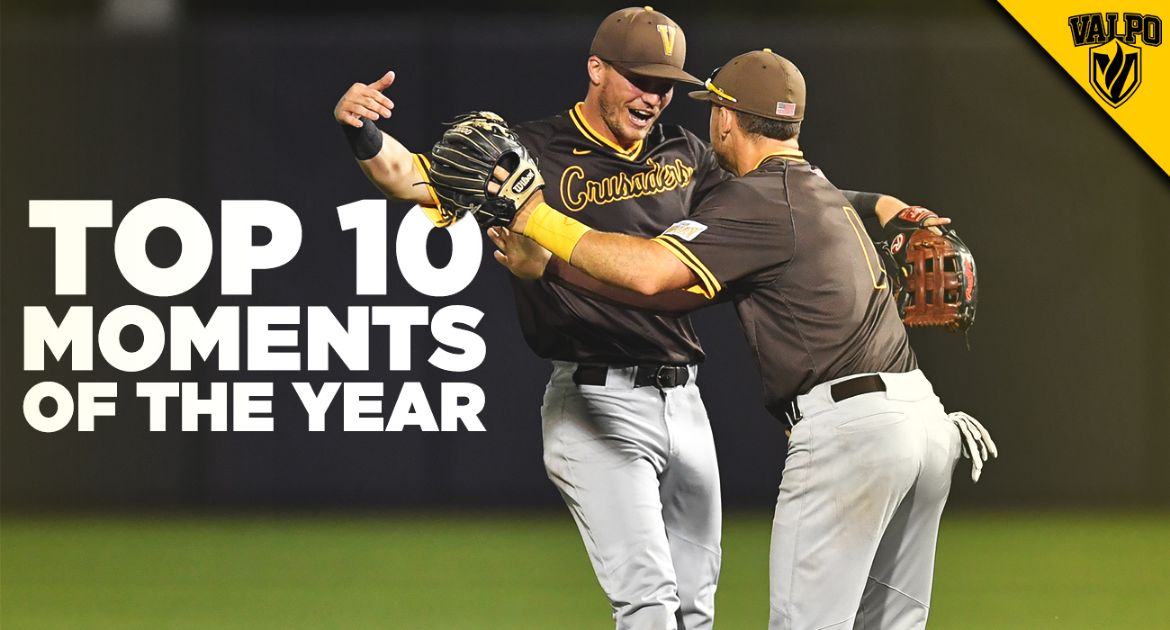 The Valparaiso University baseball team made a grand entrance to the Missouri Valley Conference by upsetting host Dallas Baptist in the first game of the 2018 MVC Tournament, a win that ranks ninth in our countdown of the Top 10 moments of the year in Valpo Athletics.

Left-handed pitcher Jarrett Hammel served as an unlikely hero, allowing just one run on two hits in 3 2/3 innings while sending down the first 10 batters he faced out of the bullpen to pick up the win in his team’s 13-10 triumph. The offense bounced MVC Pitcher of the Year Trevor Conn from the game after 3 1/3 innings on a night where Valpo finished with 18 hits to surprise a DBU team that went on to receive an at-large NCAA Regional berth.

Blake Billinger homered, while Chad Jacob, Giovanni Garbella and Chase Dawson had three hits apiece in front of a pro-Patriot crowd on a warm May night in Dallas. Every player in the Valpo lineup had at least one hit, and Dawson racked up four RBIs.

The countdown continues on Tuesday as we unveil the No. 8 moment of the year in Valpo Athletics.