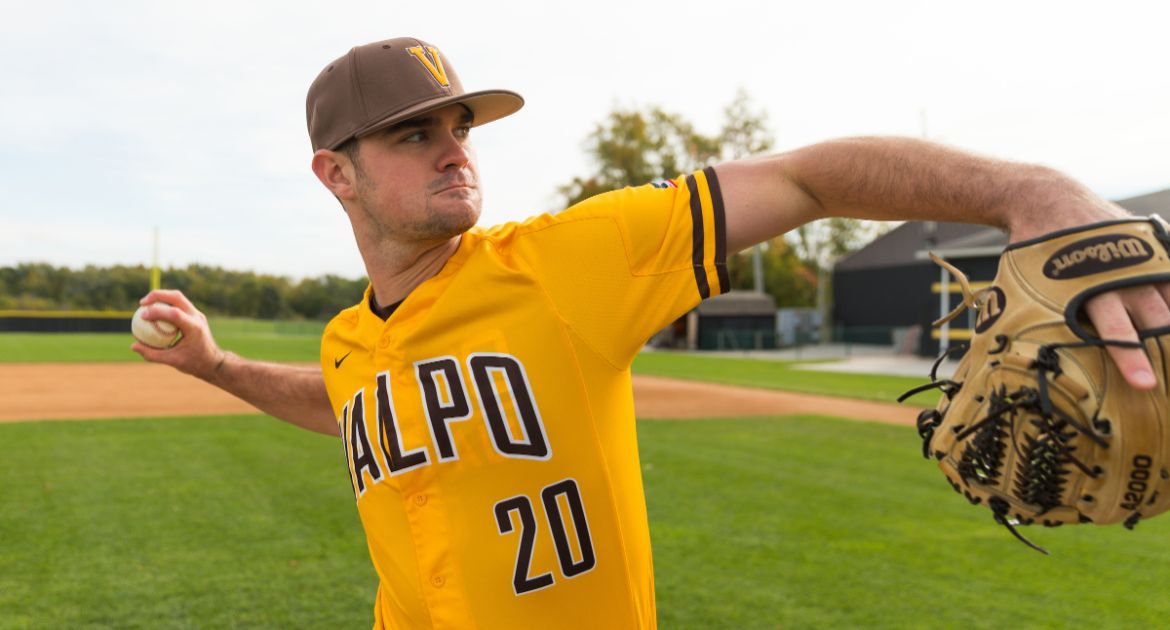 Mike Kornacker allowed one hit over 4 2/3 innings in his Valpo debut.
Valparaiso at Lipscomb | February 15, 2019

The Valparaiso University baseball team threw out the first pitch of the 2019 season on Friday afternoon in Nashville, Tenn. Host Lipscomb used a five-run fifth inning to secure a season-opening 6-0 victory over Valpo.

The series between Valpo (0-1) and Lipscomb will continue on Saturday in Nashville with the first pitch slated for 2 p.m. CT as Jon Tieman makes his season debut on the mound. A Facebook Live video broadcast will be available courtesy of Lipscomb Athletics. Links to live video and stats are available on ValpoAthletics.com.